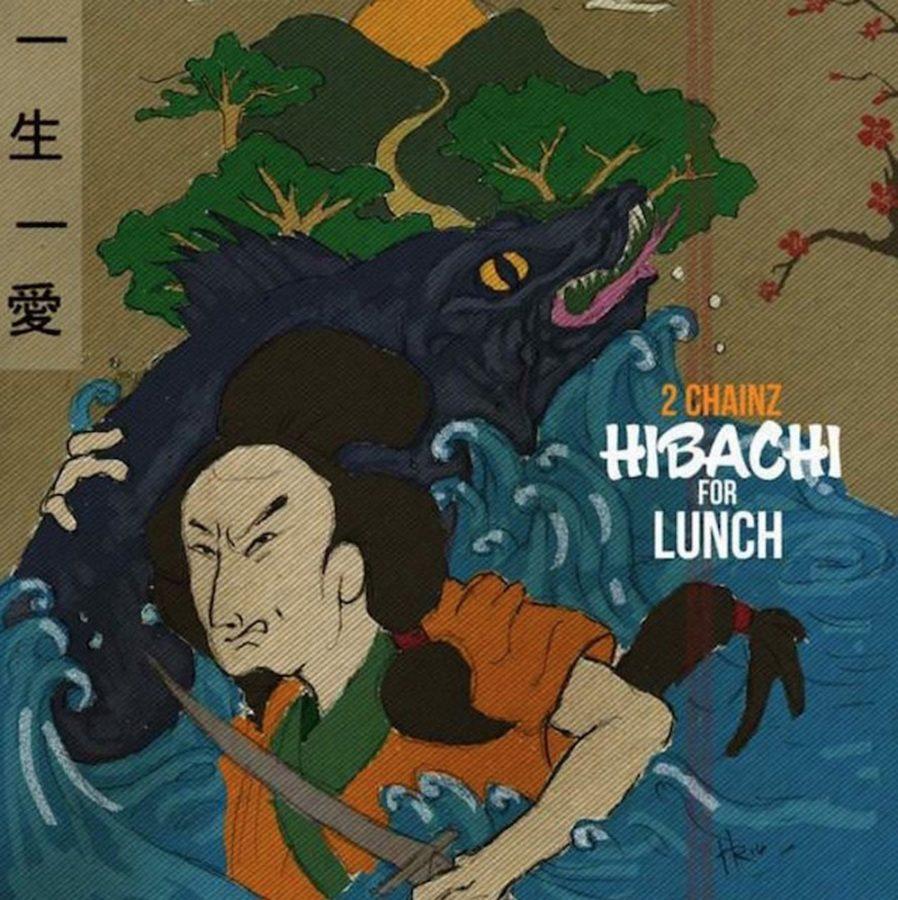 In a rap world that continually grows weirder and off-the-wall, 2 Chainz knows his niche.

2 Chainz, formerly Titi Boi, is the equivalent of Wichita State men’s basketball’s Shaquille Morris: hard-working, consistent, charismatic and funny. He may not be the flashiest or most groundbreaking in the rap game, but that doesn’t mean he’s not one of the best.

On “Hibachi for Lunch,” his third release this year (following August’s “Daniel Son; Necklace Don”), 2 Chainz maintains the energy and hilarious quotes. It’s nothing groundbreaking, but it gets the job done, keeping the entertainment value high from beginning to end.

With the ever-changing face of the city, it can be hard to name Atlanta rappers who have been in the game more than a few years who retain any kind of relevance, once again attesting to the staying power of Chainz. If you had told me in 2012 when Chainz dropped his standout verse on Kanye West’s “Mercy” (“Coupe the color of mayonnaise!”) that he’d still carry weight in 2016, I’d have laughed at you; joke’s on me, apparently.

Chainz’ crib is the “same size as the Walmart” on Diamond’s Talking Back. Chainz spazzes on the track, again and again coming up with inventive ways to talk about his jewelry.

The piano-led Good Drank (feat. Quavo and Gucci Mane) slows things down a little bit, and while Chainz again delivers, Quavo truly shines here on the hook: “Whips out, Kunta Kinte; take your babies, no Harambe.”

Things slow down even more on Lil Baby (feat. Ty Dolla $ign), a trap-heavy love song. Chainz has a tendency to throw a couple love songs on each of his releases, attested to here. It’s another solid track, and interestingly finds Chainz experimenting with a light layer of auto-tune that, honestly, doesn’t sound too bad.

Day Party finds Chainz “going to Gucci to mingle,” verifying just how often Chainz finds himself in the Gucci store. It’s a funny, bold claim – just like every other great 2 Chainz line.

“Choppa kinda old, but a new clip; shoot your ass, putcha on a news clip,” Chainz starts Doors Open (feat. Future), a clear standout track. Chainz doesn’t let up: “I don’t believe in karma, but I believe in Kama Sutra; put one leg on the other leg, then I skate away like Winnipeg; got a dope spot called Escobar; house full of marble, no vacuuming” are just some of the most entertaining lines. Future, who has been in a cold spell as of late, delivers on the hook as well – 2 Chainz has a tendency to bring out the best in his features, as he does here.

Chainz ends the album saying he is “muy grande – you, muy poquito.” The same can be said for his rhymes – big and bombastic, he’s one of rap’s best showmen, one that admittedly doesn’t get the respect and esteem he has rightfully earned. “Hibachi for Lunch” stands as another solid release in the increasingly respectable 2 Chainz discography.
Final grade: B