Field of Screams: Behind the scenes 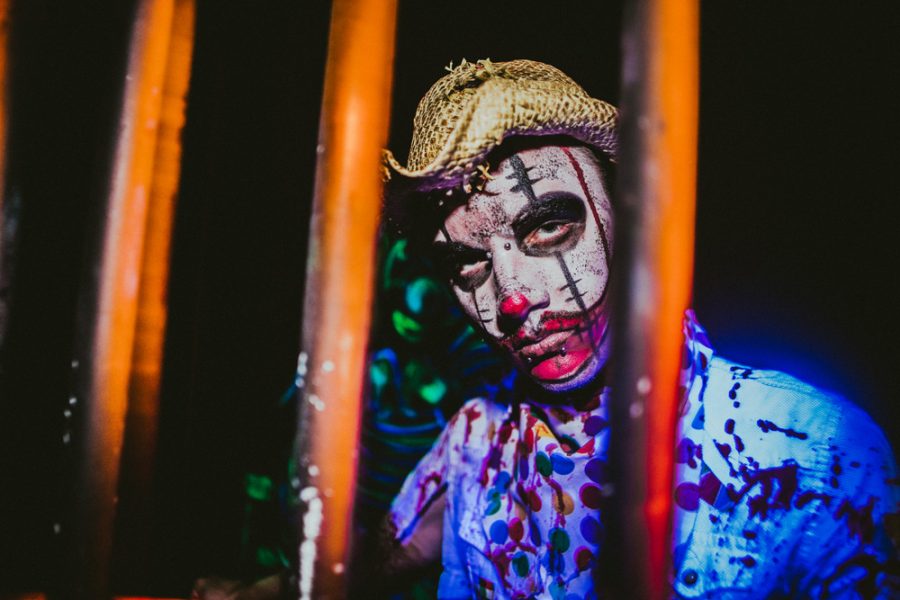 It’s 1 a.m., you’re covered in layers of face paint and fake blood, and the weather is a frigid 45 degrees as you are standing in the cornfield waiting for the next customer to come by. As you stalk them and scare them, the excitement builds up as you continually frighten the customers coming through.

Working at the Field of Screams, 4055 N. Tyler Road, is easily one of the coolest experiences I have ever had the opportunity to do. From meeting some crazy people to scaring individuals throughout the whole month of October, the job doesn’t usually feel like work.

With that being said, the job is tons of work, work that the haunt-goers don’t actually realize is happening. My first season working with the Field of Screams, I worked in the zombie paintball section, which entailed standing in a field for hours on end, acting like a zombie, and being shot repetitively with paintballs. It’s safe to say that although it was still a fun experience, it was the most exhausting and painful thing I have ever done. Being covered in welts for an entire month was a little gruesome.

Another thing that the customers do not necessarily know is how much effort the Field of Screams goes through to make sure it’s the best haunt in Kansas. Starting with an intensive audition process in July, the company is sure to employ only the most quality actors that can truly handle the fast-paced, long nights ahead of them.

Once the season actually starts, it’s nothing short of a blast, but with the eight or more hours on end spent scaring, with little to no breaks, this is not a job for anyone. Customers come through regularly with the idea that the job is easy and that “anyone could do it,” but in reality the job is extremely difficult and takes someone with true dedication.

Although there is always those customers that act tough and bored, the weather gets extremely cold and having your skin stained by fake blood for the entirety of October, being a “scarer” is easily one of the most unique and cool positions that someone could have the opportunity to do.