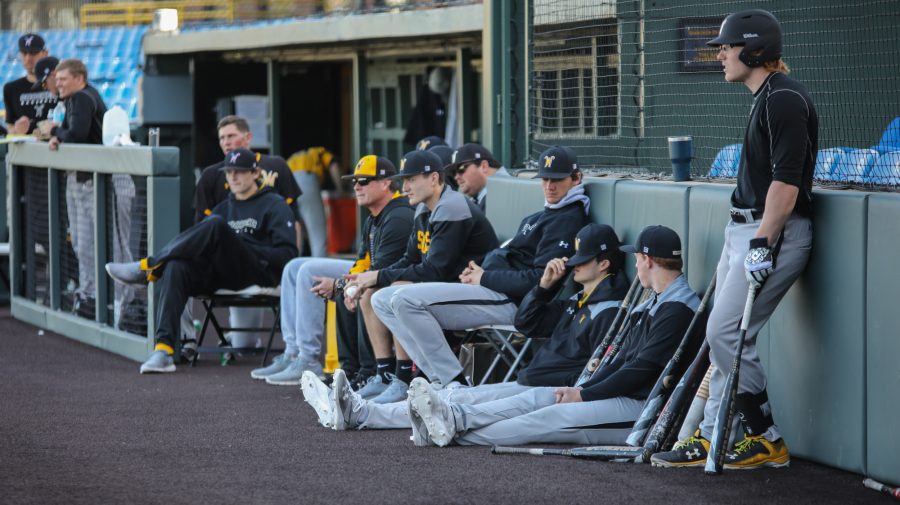 The clang of a metal bat. The “pop” of a fastball hitting a catcher’s glove. The peanuts and Cracker Jacks.

Shocker baseball season has arrived, and head coach Todd Butler is excited about what his squad can accomplish.

“This is the most complete team we’ve had when it comes to work ethic, accountability, being trustworthy, the things that you want from young men as they grow into student athletes,” Butler said.

Butler has mentioned that even though the Shockers lack seniors on the offensive side, the leadership is still there from his four senior pitchers.

“Those guys have done a great job at leading the team on the pitching side,” Butler said. “The leadership from last year, we fought through the season and I know they’re very eager and ready for the 2017 season to start.”

What Butler added this season will feature more focus on defense and pitching — two areas of the Shockers’ game that were injury-riddled last season.

“Throughout the season, injuries happen, but we want that next guy to step up, and we’ve got guys on the pitching staff that can do that,” Butler said. “We’re trying to keep the snowball small in the fact that we don’t want it to get bigger and bigger. We want to get better each week and consistently improve.”

Pitching has taken new leadership under pitching coach Mike Steele. During practice, Steele creates chaotic scenarios for his pitchers in order to keep a level head and make the right decision.

“These guys have really embraced the work that needs to be put in,” Steele said.

Ben Hecht, a junior who transferred from Lincoln Land College last summer to play for the Shockers, knows the hard work Steele places on his pitchers will pay off during the season.

“I think the pitching staff this year is going to be much more reliable,” Hecht said.

Whether it’s through chaotic practices or a lengthy discussion, when it comes down to it, what Steele preaches resembles what former pitching coach Brent Kemnitz taught.

“It’s two different philosophies, but they teach the same thing in the end: be prepared, go compete, and do your job every day,” sophomore Matt Whalen said.

Sophomore fielders Alec Bohm, Greyson Jenista and Clayton Dugas were named to the All-American freshman team last year, and they’re ready to bring that same intensity into this season.

They all played summer ball for different teams across the country in order to get more at-bats in during the summer to stay “hungry.”

“Those guys are dynamic players. I’d match them against any three guys in the top of the order,” Butler said. “When you have those three guys competing all the time with numbers and stats and winning like that, they sharpen each other.”

The time to prepare and practice for the 2017 season has come and gone, and Butler thinks his team is one of the most complete teams he’s ever coached.

“We’re complete now. I know we are,” Butler said. “I like what we’re doing. It’s a very good group and I’ve had fun working with them. As a collective group, it’s by far the best group we’ve had.”

The team begins its season at 3 p.m. Friday against Utah Valley State at Eck Stadium.