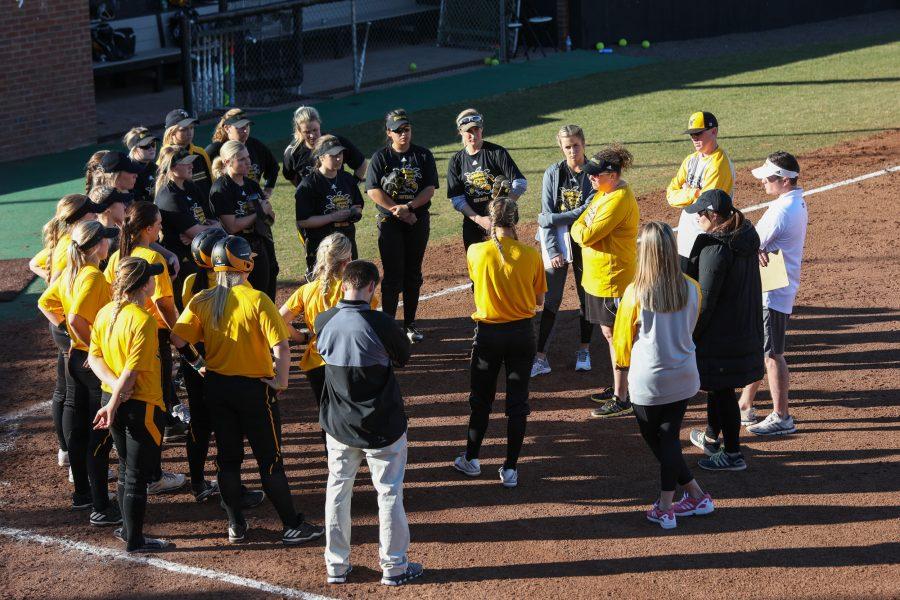 The Shockers are looking to advance even more this season.

WSU started its season last week in Houston with victories against Wright State, the University of Houston and UC Santa Barbara twice. The Shockers have started 4-0 for the second time since 1993.

“Our goals are generally the same and expectations are the same,” head coach Kristi Bredbenner said. “We want to finish in the top of the Valley and get ourselves as most prepared as possible for postseason tournaments.”

Freshman Madison Perrigan was moved to the top catcher on the depth chart earlier this season.

Wright has a perfect 1.000 fielding percentage with six putouts and 10 assists that led to outs in the team’s first four games.

Wright leads with a batting average of .545 with six hits and four RBIs while sophomore Mauriana Jamele has improved after playing in limited action last season.

Hitz is hitting .429 and hit three home runs with eight RBIs to start the season.

“On our good days, we’re very strong in the field and have very strong hitting,” sophomore Asea Webber said. “When our pitchers are on and our hitting is on, we’ve got a very good chance (to win).”

Senior pitching ace Jenni Brooks will not pitch until the end of February because of offseason shoulder surgery, leaving the Shockers’ with only two pitchers in the lineup.

WSU, however, hasn’t had issues with the lack of pitching depth. Senior Katie Malone has pitched in all four games and has struck out 12 batters, allowing three runs and has a record of 3-0 on the season.

Freshman Bailey Klitzke stepped into relief pitcher, striking out six opposing batters and has an earned run average of 2.86.

Junior transfer Morgan Palmer was moved from the outfield to pitcher for additional depth.

“We’re kind of doing a different route because we don’t have the depth,” Malone said. “We’ll do a lot of switching it up to keep the teams off balance.”

The team takes its undefeated record to Tempe, Arizona, for the Littlewood Classic, beginning with South Dakota at 11:45 a.m. Friday. WSU will also face Arizona State and Missouri over the weekend.

Both ASU and Missouri made the NCAA Tournament last season, with Missouri advancing to the Super Regional.