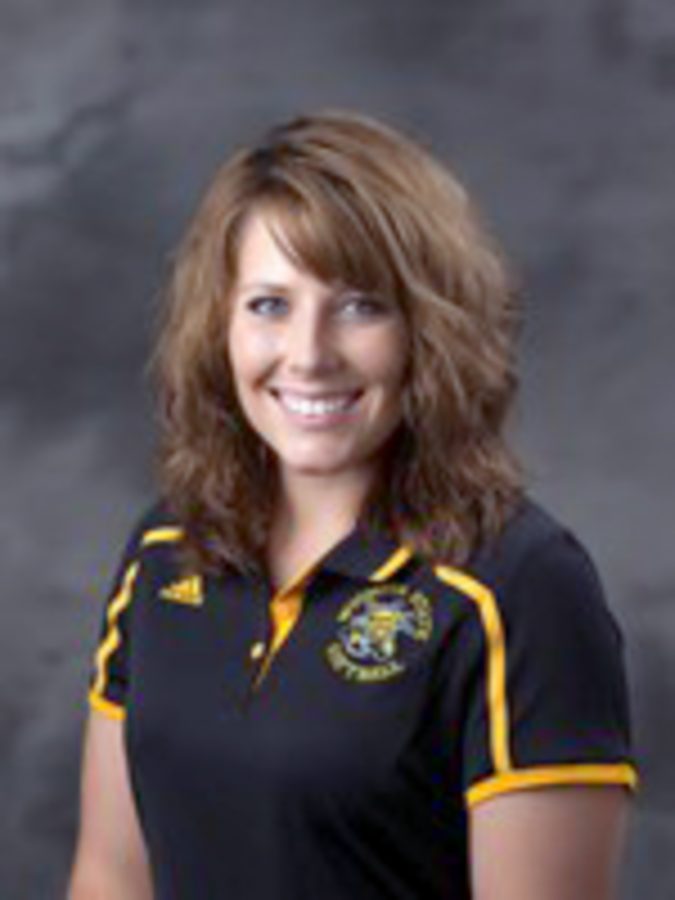 The first time Nicole Entz took the field for Team USA in the General Tire World Cup of Softball VII, she and her teammates gave high-fives to a crowd of little girls leaning over a fence.

“That was kind of a humbling experience for me because here I am on Team USA and that was the first moment where I was like ‘Holy cow, I actually did it’,” Entz said.

Now entering her third year as an assistant coach for the softball team, Entz brings something unique to the Shockers’ coaching staff.

“She’s touched on everything,” head coach Kristi Bredbenner said. “There are little parts of her that are reflected in everything we do. I think that’s a sign of a great coach.”

The Shockers’ offense has blossomed under Entz’s guidance.

Last season, Brittany Fortner broke the program’s record for most doubles in a career on April 16.

“To say she’s done a good job with our hitters is an understatement,” Bredbenner said.

Entz played collegiate softball at the University of Missouri from 2010 to 2013, where she became one of the most prolific hitters in the program’s history.

She finished her career ranking in the top 10 in nearly every offensive category.

Entz spent the summer of 2013 playing for Team USA. While on the team, she played in the World Cup of Softball and the Pan-American/World Championship Qualifier.

Her first coaching stint came at Missouri Southern State University in 2014, where she served as the Lions’ hitting coach for a year.

She said the best part about her journey has been learning from some talented coaches.

“I got to pick their brain and learn from them,” Entz said. “I learned a lot, and I can pick and choose from what I learned to teach these girls.”

“I think she was well coached and learned a lot, and definitely brought a lot of invaluable information and ideas to the staff,” she said.

“She’s very positive,” Webber said. “I’ll do something wrong, and she won’t say what I did wrong. She’ll come back with a positive response instead of something negative.”

Bredbenner also sees qualities in Entz that make her a valuable addition to the coaching staff.

“You can tell she spends the time studying different types of hitters, she’s not going to make everyone the same type of hitter,” Bredbenner said.

“She takes what they bring to the table and makes little changes here and there that are going to help them in the long run.”