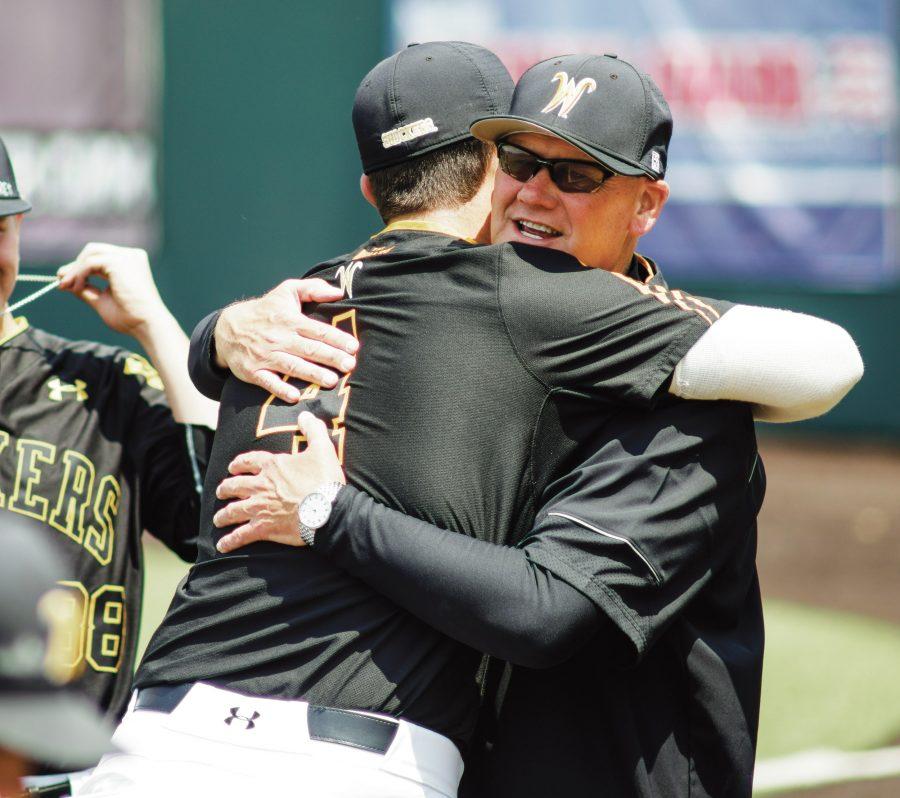 The sun is rising on a new Shocker baseball season and for the first time in 39 years, Brent Kemnitz will not be on the field coaching.

The highly decorated pitching coach, who helped mold a premier Shocker baseball program out of nothing, stepped down from his position last June.

That’s not to say Kemnitz has decided to kick back and take it easy. In fact, he has jumped full tilt into his new position as assistant athletic director for outreach and staff development for the Wichita State Athletic Department.

“I’m having a blast and learning a lot,” Kemnitz said. “I tell people I went from the longest tenured pitching coach in the country to being a rookie.”

In the fundraising and outreach arm of athletics, Kemnitz uses his knowledge of Shocker athletics and his passion for the university to foster relationships with boosters and supporters.

“It’s a way of giving back,” Kemnitz said. “Some of these people have supported us forever and it’s great to get to know them on a personal level and let them know how much they mean to Shocker athletics.”

Kemnitz’s colleagues have been impressed by his work ethic. Kyle Pepper, assistant director of development, recalls him making his intentions clear from the beginning.

“In one of our first meetings, he told us what we should expect from him,” Pepper said. “He said ‘I’ll never have a down day, never not give it my all, and never not have enough energy.’ And he has definitely lived up to that.”

His zeal for Shocker athletics and long-time WSU presence make him a welcome addition to the development team, said director of development Alex Johnson.

“When he comes in, he can pick up the phone and people trust him,” Johnson said.

Kemnitz has channeled his energy toward advocating for athletic ventures such as the Phase V completion of Eck Stadium and the continued Charles Koch Arena renovation project.

When he isn’t on the phone building relationships with Shocker supporters or meeting them in person, Kemnitz is busy attending practices and games for all university sports.

“I don’t consider what I do work because it’s so much fun, Kemnitz said. “But my to-do list is longer than it ever was when I was coaching.”

One of his responsibilities is using his years of expertise to help mentor young coaches.

“I try to be there for coaches who could use my experience to their advantage,” Kemnitz said. “That would pertain not just to sports, but life in general.”

Kemnitz has maintained an especially close relationship with the baseball team.

“I still know the coaches and the players and I can be at practices as much as I want,” Kemnitz said. “It just means that on cold days I can watch from my car and not have to freeze.”

Going from coach to spectator has been easier than it may seem.

“People say I’ll miss it when games start, but I don’t think so,” Kemnitz said. “That chapter is behind me and we had some great success and memories I wouldn’t trade for anything, but it was an easy transition for me to embrace, and I’ve moved on to the next chapter.”