Women’s basketball gets back to winning ways 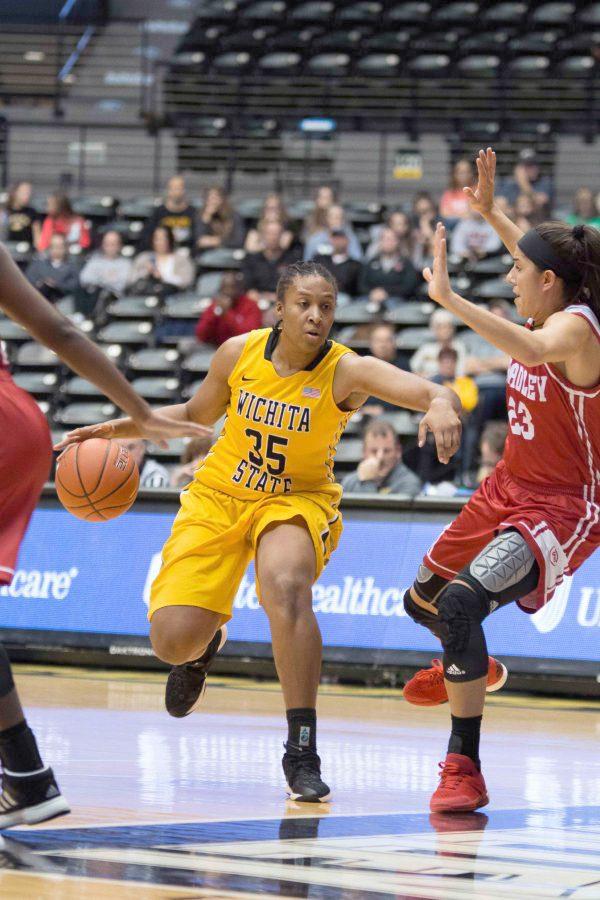 Wichita State women’s basketball hoped on a bus to Peoria, Illinois with a sense of motivation after a four-point loss to Illinois State on Friday.

The Shockers ended the two-game losing drought on Sunday, defeating Bradley 76-69 on Sunday to sweep the season series with the Braves.

Junior point guard Keke Thompson missing her third straight game with a concussion and leading scorer and rebounder Rangie Bessard was sidelined due to an ankle injury, causing the Shockers to trail by as many as eight in the first quarter. A three from junior Jeliah Preston and a jump shot by junior Angiee Tompkins cut the Braves’ lead 16-14 at the end of the first quarter.

Sophomore Sabrina Lozada-Cabbage drained a 3-pointer on the Shockers’ first possession of the second quarter to give them a one-point advantage. Lee responded with another 3-pointer after Bradley drilled in two free throws to tie the game.

A layup by junior Aundra Stovall was followed by a Bradley made free throw to cut WSU’s lead 38-35 at halftime.

Bradley would end the quarter scoring two consecutive baskets to cut the lead down to six.

The Braves would score a layup that cut WSU’s lead down to four, but two consecutive baskets from senior TaQuandra Mike put the Shockers back out in front by eight. Six straight Bradley points cut the WSU lead within a single possession with 4:18 remaining.

WSU strolled out to score seven unanswered points and end the game on a 9-4 scoring run. Lozada-Cabbage had her first career double double and a career-high of 13 points and 17 rebounds. Tompkins added 18 points and Preston added 15.

Stovall came up with 14 points while Lee scored 10 points coming off the bench.