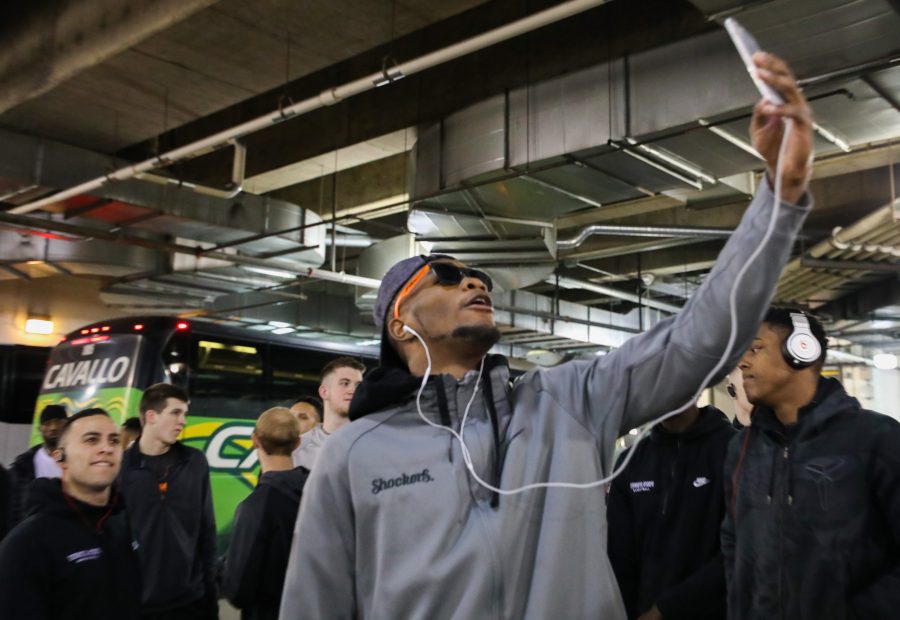 Wichita State’s Markis McDuffie Snapchats on his phone while entering Bankers Life Fieldhouse in Indianapolis on Friday afternoon before the NCAA Tournament game against Dayton. (Mar. 17, 2017)

What are the Shockers listening to before a game? Here are some of the players’ favorite songs and artists to get pumped up before a game.

“Who i do it for” by YFN Lucci

“I like anything from the whole Wish Me Well album to be honest because I can relate to a lot of his music and he’s really motivational.”

“We gonna make it” by Jadakiss

“Mask off” by Future

“Both” by Drake and Gucci Mane

“We listen to anything by Chief Keef , Kodak Black. Drake, Future, Big Sean, mainly Future, we listen to a lot of Future.”

“Did It Again” (feat. Rich the Kid) by Jay Critch

“We mainly listen to Shaq Morris and Markis McDuffie’s singing before the games, it’s great.”