Wichita State looks to stay undefeated against No. 2 seeds

The Shockers have never lost a NCAA Tournament game against No. 2 seeds. 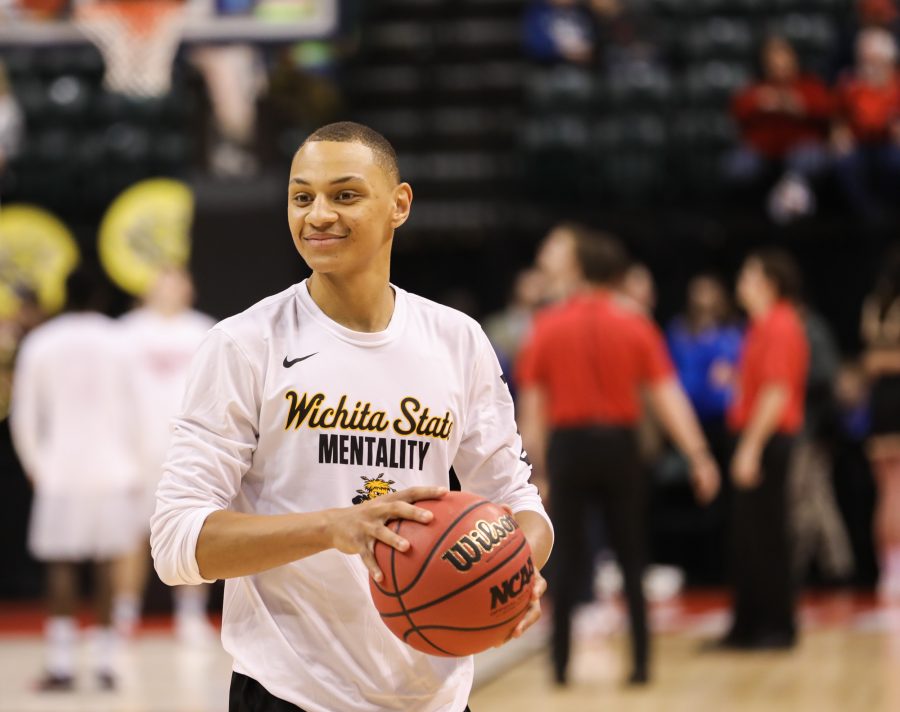 Wichita State’s C.J. Keyser smiles while warming up before the NCAA Tournament first round game against Dayton in Banker Life Fieldhouse in Indianapolis. (Mar. 17, 2017)

Wichita State and Kentucky are no strangers to winning.

For the second time in NCAA Tournament history, two 30-win teams will go head-to-head in the first weekend. Wichita State is just one of five teams to have won a game in each of the last five NCAA Tournaments.

Wichita State and Kentucky, each who have showcased their programs as premier winning teams in the last few seasons, will meet for only the second time on Sunday. The Shockers enter riding the longest active winning streak in the NCAA at 16 games, Kentucky has won their last 12.

Previously, in 2014, the two teams met when the Wildcats ended the No. 1 seeded Shockers’ undefeated season. The No. 8 Wildcats ran all the way to the National Championship; they finished as the runner-up.

Wichita State point guard Fred VanVleet missed a 3-pointer that would have won the game; Kentucky won 78-76 in what Sports Illustrated later dubbed the “Game of the Year.”

This year, Gregg Marshall’s Shockers are a No. 10 seed in the tournament, and he’s slightly surprised that they are. By this point, though, he’s learned to accept being under-seeded by the selection committee. Having seven out of ten games as the higher seed, Marshall seems to appreciate the selection. Instead it’s others who are hurt by the seeding.

Wichita State has a perfect 3-0 record against No. 2 seeds come tournament time. The take downs started in 2006 when they defeated Tennessee, then they defeated Ohio State en route to the Final Four in 2013 and sent Kansas out in the second round in 2015.

Kentucky head coach John Calipari initially said on Thursday that he felt the selection committee had put together one of their best brackets he’s witnessed. He said he thought the seeding was fair and he liked how he thought his team was properly seeded. That was before Wichita State advanced to the second round.

“We’re a two-seed playing a four in the second round,” Calipari said late Friday night.

Calipari didn’t expect to play a team like this so quickly. Dayton head coach Archie Miller, whose team lost Friday to Wichita State, said having evaluated the Shockers’ play, he would have better assessed the Shockers as a No. 4 seed.

Kentucky senior Dominique Hawkins said he believes in the committee to select and properly place the field.

“They know it better than anyone else; they might have the hardest job, but they did a great job of doing what they had to do,” he said.

Wichita State started breaking down Kentucky’s play 30 minutes after they left the court. Still in jersey, they all sat closely to a 24-inch TV screen, eyes glued. Daishon Smith analyzed Kentucky’s transition play and how they played nine deep in the first half with more than five players going without a made basket after 20 minutes.

“Once you lace up your shoes, you have to understand that you’ve been playing basketball for a long time, so you want to go out there and give it everything you’ve got,” Smith said.