Want to run the stairs at Cessna Stadium? That’ll cost $100. 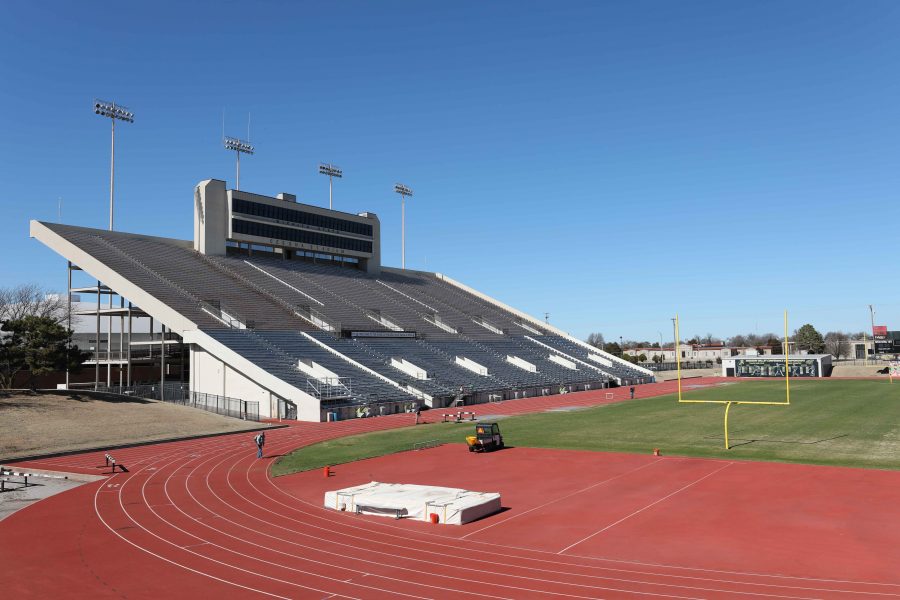 Cessna Stadium is no longer open to free public use. The stadium was previously open to members of the public, and anyone from WSU students to Wichita community members to high school athletes trained and practiced on the track and stadium steps.

Anyone seeking access to the stadium must pay a $100 deposit and sign a “recreational use agreement” in exchange for an access key to the facility. The $100 would be refunded to the user once the key is returned.

People with a key may access the stadium Monday through Friday from 6:30 a.m. to 5:30 p.m. Additionally, Cessna Stadium will be closed to the public during Wichita State track and field and cross country practices.

“We had personal trainers using it to train their people, which creates insurance and liability issues,” Berger said. “There was damage. There were people who were bringing their dogs in and not cleaning up after them. So we need to know who is in there and why they’re in there.”

Some students said they felt that the stadium was a resource that they ought to have access to.

“No student input, no community input. They just made a decision,” Cooper Colglazier, a senior, said.

“Any resources we have, they take them away,” Colglazier said. “They screw students every step of the way.”

Each issued key features a different identification number — “So we know when you’re in the stadium,” Berger said.

The use agreement states that individuals may bring only one immediate family member — defined as a dependent child under the age of 18, a spouse, or a partner — along when using the track.

People are “strictly forbidden” from using the football field, throwing areas, jump pits and track and field equipment. Users found in violation of the agreement must return the key and forfeit their deposit, Berger said.