A question and answer with Wichita State President John Bardo. 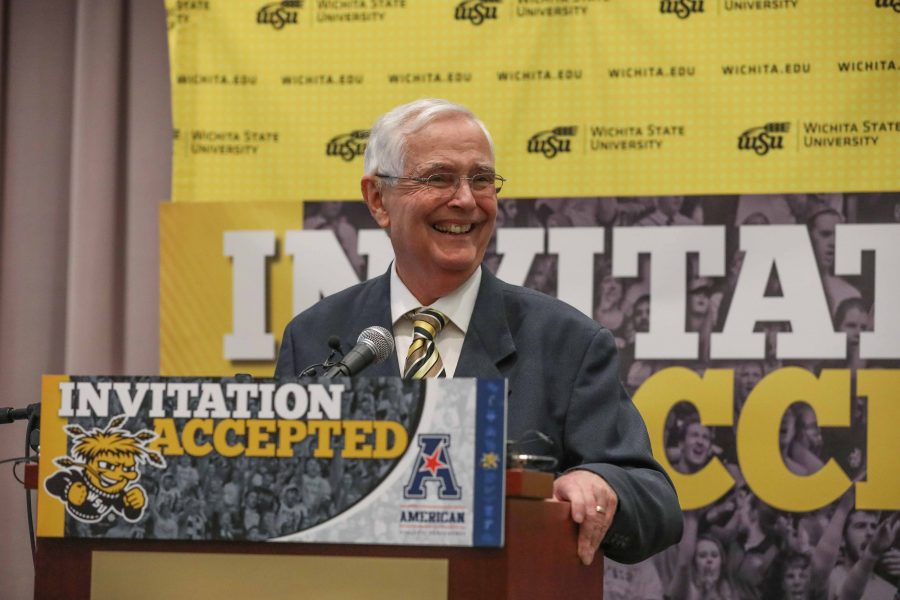 his spring, student organizations, faculty and staff have demanded transparency from university administration. Wichita State President John Bardo has meanwhile moved away from internal operations to focus externally in state and federal legislature, adapting to a role he said is the standard for presidents at major research universities like Wichita State.

The Sunflower reached an agreement between Bardo and Vice President of Strategic Communications Lou Heldman for an interview to discuss the changing role of shared governance, university processes and concerns expressed to The Sunflower. For the interview, The Sunflower agreed that recent resignations would not be discussed.

The following is a word-for-word transcription of some of that interview.

We’re going through a lot of societal changes right now — the role of a university in society is changing.

So a lot of the conversation on shared governance is how do we do that effectively, and how do we do it in a real way so that we get feedback and appropriate interaction?

The way things were done in the mid-20th century are not ways they can be done today. I think there’s going to be a lot of wrestling with shared governance on not only this campus but all campuses probably over the next ve to six years is how people try to handle this major shift in society.

I have a President’s Council, now, that started at the beginning of the year. This council meets monthly, with the heads of the constituents and other student organizations just talking about whatever issues are of the day. The idea is that everybody shares.

We’re trying some different ways of engaging in shared governance, and we’re going to see how it all works.

hat’s important for students, faculty and staff to understand in the process of shared governance?

It’s important for people to see the changing role of the president.

There’s a lot of things presidents at research facilities do differently. A lot of why I am not attending some of these meetings is to get people used to the idea that a lot of these issues should be wrestled within the organization with not necessarily everything coming to the president’s office.

In smaller, traditional universities, they’re very pyramidal. That’s not how they work at major research universities. Here, they’re all over the place in terms of how judgments get made.

If everything is pyramidal and everything comes through the president’s office, you share it. That’s not the way things get done any more.

People are now used to doing things, but they’re not used to communicating that they’ve done them. They don’t always view themselves as a mode of communication.

It’s a rapidly changing world when all these decisions are being made all over the place.

The president will rarely be involved in any detailed decision. Generally, you want those opinions to be made where they can be made most effective.

s a lack of communication the source of a lot of the frustrations we have at the university?

We’re in a very split environment today in the world at large. You’re going to have frustrations associated with that.

We as a university are in a position where the expectations of us are quite different, so there’s going to be frustrations of that.

There’s a lot of issues we’re going to continue working through. It’s not unusual in today’s world.

We’re trying to figure out a lot of these things internally.

s there any risk for academic freedom at Wichita State?

It’s always something we consider when accepting gifts. Our faculty have their right and responsibility to make judgments about the curriculum and who we hire. We’re doing what usually would be done. Faculty get to be involved in all of these decisions. If (faculty) agree to do so and that it’s something they want to do, we do it.

I think that just because somebody offers a gift doesn’t mean you have to take it.

There are many times where the gift just isn’t the best thing to take.

If they put stipulations on the gift, and someone sees that as a violation of academic freedom and says that’s unacceptable, then we don’t accept the gift.

You don’t have to take a gift. It’s not a mandatory surgery. You get to make a judgment if it’s good or bad based on the way that it’s structured.

I’ve denied gifts in the past but not here. Those issues get resolved usually before it ever gets near me.

It doesn’t. We’ve gone through a lot of iterations of this.

They are literally becoming a branch campus if this all goes through. They keep their funding, we keep ours. Financially it doesn’t impact them or us.

One of the big issues they noticed as they were going through the process is that there are areas of grants that they get — about $25 million — if they had merged with us, they would have lost access to that money. In the end, it would have hurt the whole university.

In the affiliation, effectively, they become a branch of us.

hat do the majority of tuition dollars go towards?

They go to salaries. Salaries overall account for maybe 75 to 80 percent of our budget. Higher education is very labor-intensive.

The rest typically goes to maintenance and operations.

re Wichita State faculty in line for raises in the near future?

We’re hoping the state has something for faculty raises. The state’s original plan was to have a 2 percent raise. The raises come out of tuition and state dollars. If the state continues to cut your pay and enrollment is at, you either have to reallocate for raises, which means, cutting down on a number of people and cutting down on a number of other things — and that’s part of why we have the budget committee. 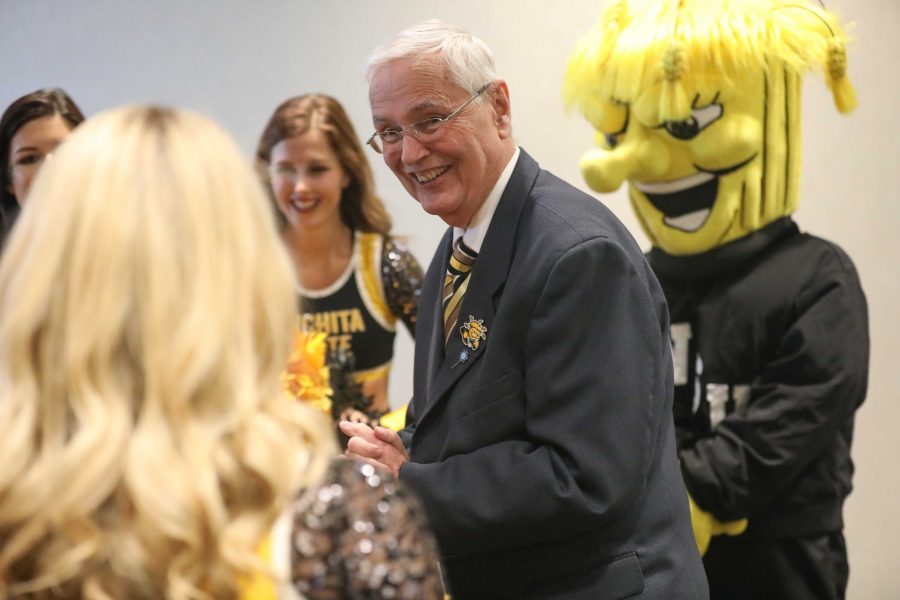 ast year, the Kansas Board of Regents removed the 5 percent cap on tuition at state institutions. Does Wichita State have an institution cap that they would limit to? Should we expect an increase to tuition next year?

We don’t have an institution cap. No, we’re not going to be anywhere near 10 to 15 percent increases. I think, I’m guessing, 3 percent, maybe. And that’s a real maybe. That’s on par with other state institutions. Cost is a big deal. When you choose a university, value is what really matters. Not cost. It’s what you get for what you’re paying. The fundamental question is always about value. It’s a balancing act. It’s very hard to do. I’ve never been comfortable to increase tuition. It’s answering a lot of key questions for value.

It can’t all fall on the backs of students. We’re trying to raise money, we’ve been working really hard for increasing scholarship endowments to help students.

We’re trying to be as reasonable as we can be without sacri cing quality.

If you look at the national data, schools like us tend to sleep about a quarter of their students. There will be a pretty good amount living near the campus and everyone else will be out in the community or online.

We’ve been around 9 or 10 percent living on campus, we’d like to see that get up to 20 or 25 percent. What that does is provide a critical mass to provide the services that not only you would use if you were living on campus, but the commuters coming into the campus would then be using as well.

hat went wrong with the announcement and proposal of the YMCA facility on Wichita State’s campus?

I think there’s a lot of issues there and I’m not sure that I understand them all. Again, that happened away from me. What I’m looking at is how can we go back and regroup and take another look at it and share information in a clearer way and get clearer responses.

If students don’t want to live in Fairmount Towers, then we’re better getting rid of it than leaving it.

ould Wichita State need to increase on-campus housing options before it could tear down Fairmount Towers?

Yes. We would probably do another private facility, I don’t see us bonding a residence hall.

Given what I know today, that would be the route that we would take.

hat would you like your administration to be remembered for when you eventually retire?

What I’m looking at fundamentally is are we positioned so that this university can prosper in the future. Higher education is going to change a lot, and the question is do we get to control the changes and move ahead of them or are we at the other end having someone tell us we can’t do those things? What we’re trying to do as an administration is address how we position this university so students can benefit in the immediate and the long run. We need to meet the needs of society as the means of society changes.