Intentional walk comes back to haunt Shockers in 10th inning 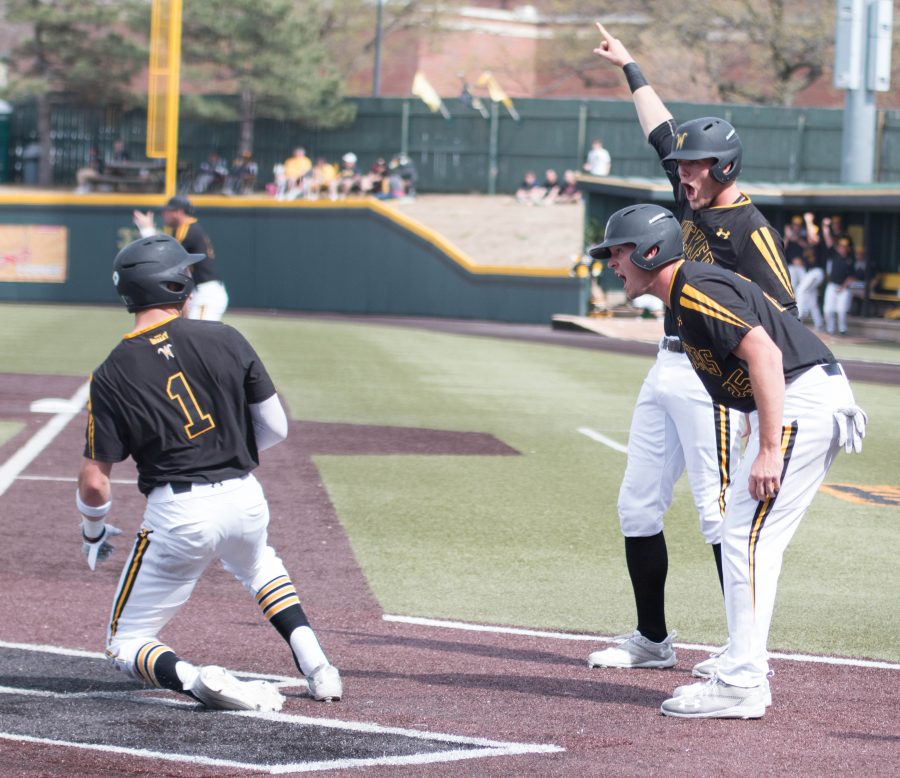 Wichita State baseball coach Todd Butler called for an intentional walk in the bottom of the tenth inning to set up a double play opportunity.

The move was followed by a disastrous series of events.

WSU walked the next batter to load the bases with no outs, with Creighton’s Bryce Only following up with a walkoff single through the left side of the field that spoiled the Shockers’ trip to Omaha 4-3 on Wednesday night.

Junior Trey Vickers and sophomores Luke Ritter and Jordan Boyer all drew key walks to load the bases for freshman Alex Jackson. Jackson promptly singled to left field on a 1-2 pitch to put the Shockers ahead by two in the top of the second inning.

The Bluejays cut WSU’s lead in half in the bottom of the third inning after Jason Allbery tripled to lead off the inning. Killgore managed to retire the next batter before Thomas Luevano drove in Allbery with a sacrifice fly. Creighton took advantage of a wild pitch in the fifth inning to take the lead. Allbery legged out an infield single to lead off the inning for the Bluejays.

Killgore managed to retire the next two batters, but walked Luevano, which would be his final batter of the game. Killgore allowed three runs over four and two-thirds innings of work. He gave up five hits and struck out three.

Junior Chandler Sanburn came in for relief of Killgore, and threw a wild pitch to the first batter he faced that allowed both runners to advance a base.

On a 2-2 pitch, Creighton’s Michael Emodi doubled down the left field line to score both Luevano and Allbery and give the Bluejays the 3-2 lead.

Not to be outdone, the Shockers tied the game in the top of the seventh, courtesy of a sacrifice fly by sophomore Greyson Jenista that scored sophomore Travis Young.

With the score knotted up at three heading into the ninth, WSU couldn’t capitalize on a leadoff single by Jackson, his third hit of the game.

Parker Upton began the bottom of the ninth for the Bluejays with a single of his own off of senior Reagan Biechler. Allbery followed with a single, but Upton was thrown out by Jackson from centerfield while trying to advance to third.

The Shockers return to action this Friday for a threegame series against Illinois State at Eck Stadium. The first pitch is scheduled for 6:00 p.m.