‘Have you seen this man?’ students ask 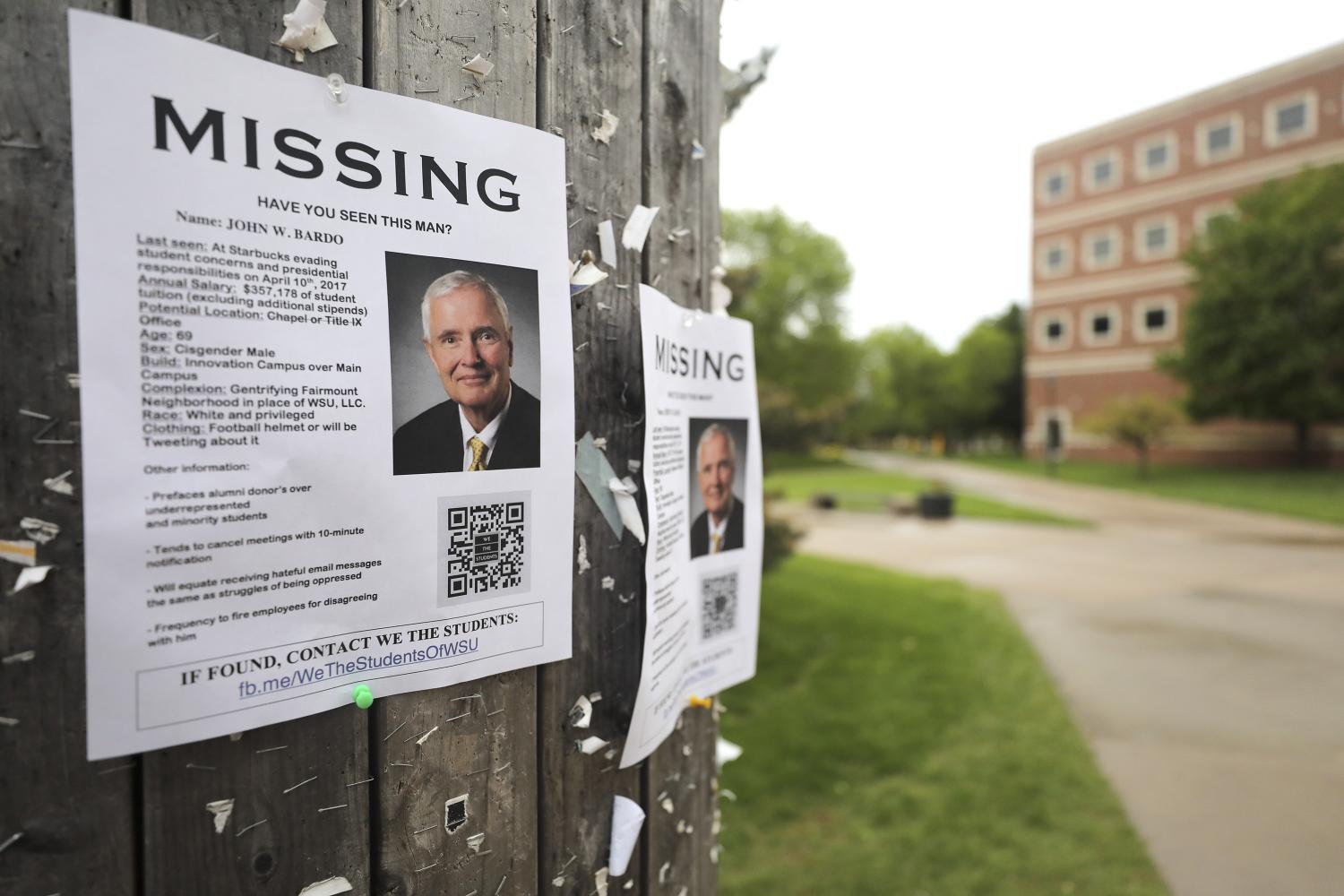 Dozens of posters appeared outside Lindquist Hall Thursday morning asking for the where abouts of President John Bardo. They were removed within an hour, a source said.

More than a dozen posters depicting President John Bardo emblazoned with the message “MISSING: Have you seen this man?” were spotted on a message board south of Lindquist Hall at 8 a.m. Thursday.

They were gone within an hour, a source said.

University sources said the posters were taken down by a student.

The poster also mentions Bardo’s salary and makes note of his alleged “Frequency to fire employees for disagreeing with him.”