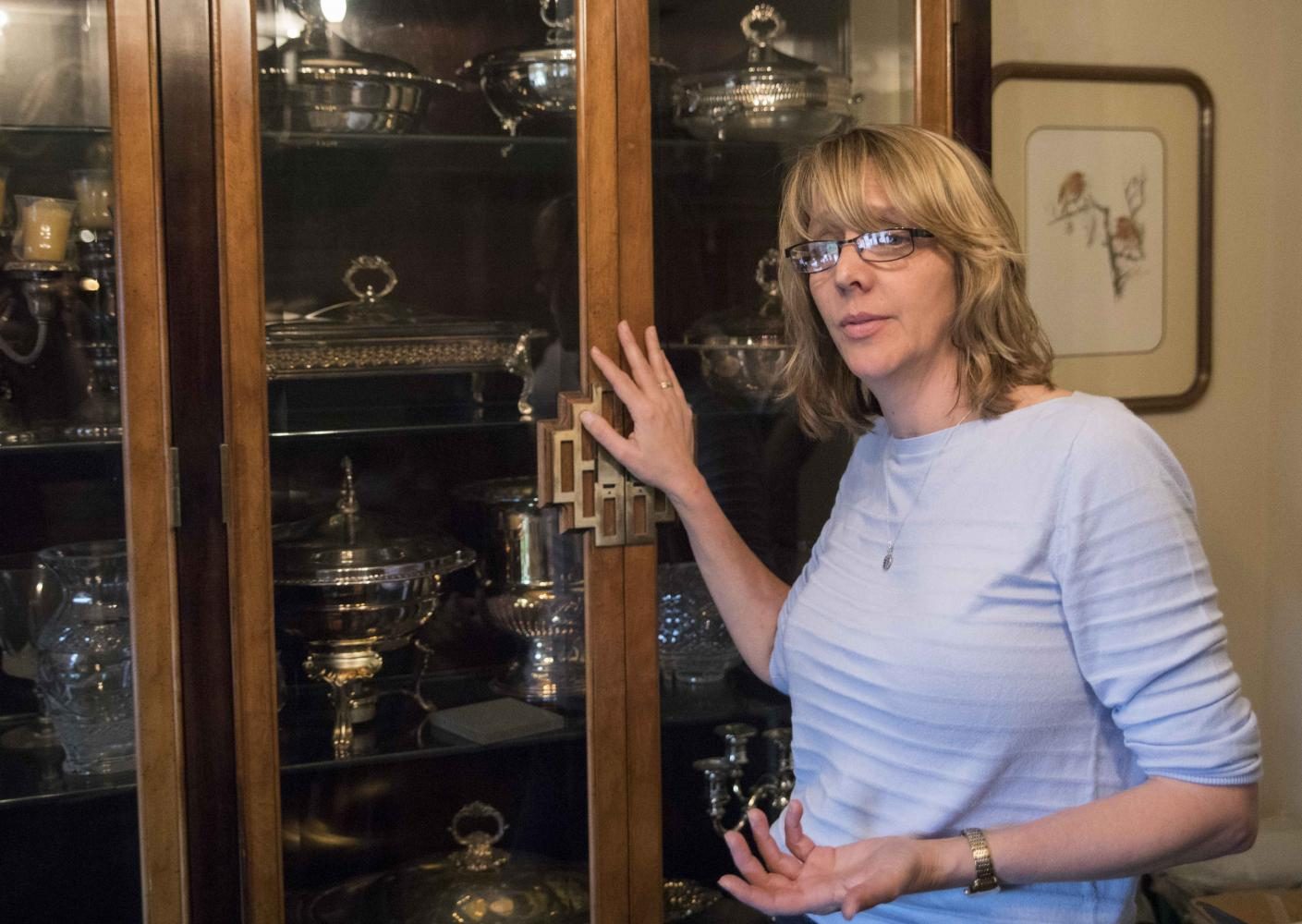 Elizabeth Beugelsdyk closes a cupboard after looking at the silver in an estate sale she is running for the business she owns with her cousin called L&L Family Estate Sales.

After dropping out of high school at age 17, beginning college at age 36 and starting three of her own businesses, Liz Beugelsdyk didn’t imagine she would be preparing to graduate with a business administration degree in entrepreneurship, 14 years after enrolling in her first college course.

She said she wanted to be an inspiration to her 17-year-old daughter, who was three years old when Beugelsdyk started college.

“She’s never known a day without me being in school, studying,” she said. “When you get to sit down with your child and study across the table from each other and they see that you are struggling just as hard as they are, I think it means more. It’s relatable.”

After facing a series of adversities, Beugelsdyk started her own printer sale and repair shop in 2005.

“I was getting divorced and I wanted to do something that gave me flexibility to be with my daughter, to be the mom that I wanted to be for her, but also give me enough money so that I could have a home and do the things that I wanted,” Beugelsdyk said.

“I decided that instead of going to work every day I would start something I was passionate about.”

She said it was difficult to find success as a woman in a man’s world.

“The printer shop was definitely a man’s domain,” Beugelsdyk said. “You have to build trust and confidence within your customer base. It’s hard to build people’s trust when you’re a girl doing a man’s job.

“Once you turn the tide and they feel your passion, they’re more willing to open the door for you,” she said.

In 2010, she started an estate sale company with her cousin.

Beugelsdyk calls herself a “serial entrepreneur.” Between running two businesses, beginning her final semester of college, and being a mother to her high school aged daughter, she started a senior concierge service in January called Righttime Life Solutions.

“We help people transition from home to retirement life. We make sure that their house is ready for sale.”

She said earning a degree in entrepreneurship has taught her how to run a company instead of just owning a business.