There’s a lot of beauty in ordinary things

Thank you all for an amazing journey. 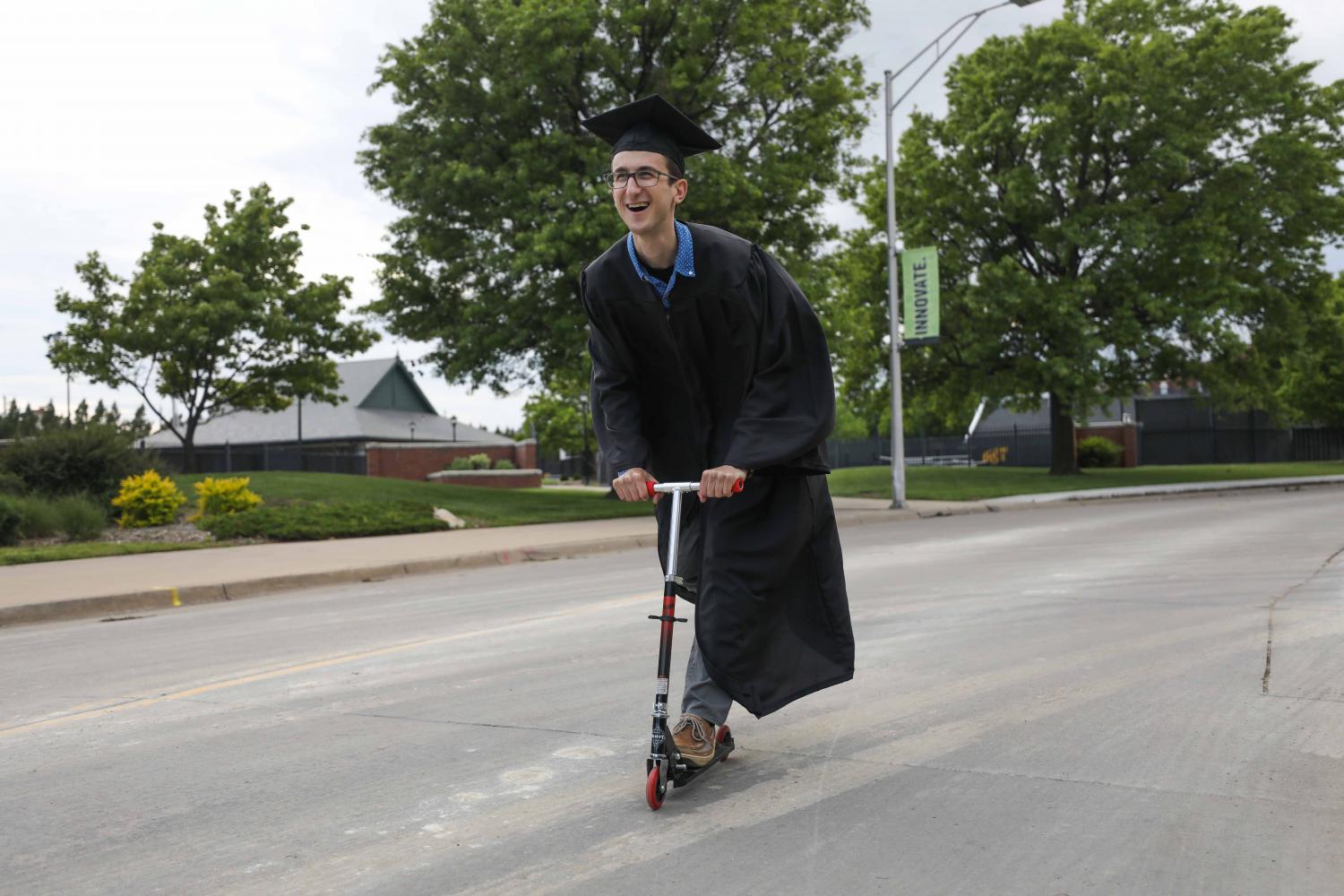 What a long night. I could hardly convince myself to brave the stairs, let alone hold the door open much longer.

Routine after-midnight productions had chipped away at the eagerness I strolled into the basement of Elliott Hall with two short years ago. All I could think about was how much longer I’d be standing there, holding the damn door open, waiting for everyone to make their way out of the newsroom.

Never had I walked up those stairs so slow.

Hard to keep them open, I closed my eyes as we walked to our cars.

“Hey now, you’re an all star, getcha’ game on, go play!” belted out of Sam Belsan’s mouth, still too chipper from the sugar rush of his 44-ounce fountain Dr Pepper he started not more than an hour or two prior. Brian Hayes joined him in song. Madeline Deabler so famously giggled. Chance Swaim, late, too laughed for a bit.

I reminisce, for I know this is The Sunflower in every way I wanted it to be.

Unlike most, my landing in The Sunflower could be described as an accident. I miraculously broke into Elliott Hall one late Friday afternoon after a campus visit to Wichita State, I landed in a newsroom with Shelby Reynolds, the incoming editor-in-chief who hired me a couple of months later.

I’ve been a Wichita resident for two years now. At the time I arrived to Wichita State, I was in search of friends I could call my own. The Sunflower seemed like the right place to get started. This was the right call.

The Sunflower has given me experiences like nothing else in life, and friends who were even better. I’ve been grateful to capture the moments with you.

Words can’t express how much these last two years at Wichita State have meant to me. I hope they’ve been the world for you, too.

My advice: stop and take a few selfies while you’re here. You’re going to want to remember these days sooner than later.

Now, as I wrap up my time as Editor-in-Chief of The Sunflower, I can safely say, despite all the frustrations that come with the roller-coaster of a job this sometimes is, I will dread letting go of this door for a final time.

Some of us will part ways in life. Change is hard — embrace it. Find your niche and give it your all. Don’t half-ass anything, and most importantly, have fun.

There’s a lot of beauty in ordinary things — this newsroom and all.

Thank you for letting me be a part of your story.

Thank you to my mother, father, grandmother, grandfather, Christine, Nala Bear and all my friends at Wichita State.

In freshman/transfer orientations the navigator will sometimes mention how it’s hard to walk the stretch of campus from Elliott Hall all the way to the Hubbard without passing at least a couple of people they knew — and I can assure you, if you immerse yourself in this campus, that’ll 100 percent be the case.

Jump in, take advantage of this campus. There’s so much to offer. Wichita State is a great place, and the friends are what make this place all worthwhile.

Here’s 10 of my favorite memories and a confession or two at Wichita State:

1) I can safely confess to my coworkers I am not the nephew of Kansas Gov. Sam Brownback. Let’s see if that running joke continues on.

2) If you’ve curiously noticed a 6-foot-2 male riding a Star Wars themed scooter, sized for children ages 6-9 years, it’s me. And it gets me to Spanish class on time. They’re $7.50 at Walmart, if you’re looking to get across campus in a flash. I apologize to anyone I might have come close to crashing into — I’m still learning the controls.

3) Seeing Chance Swaim wipe out riding my scooter in the middle of the street with cars lined up watching and both sides of the crosswalk.

4) If that morning bran cereal is doing work, head over to the basement of Morrison Hall for the best bathrooms on campus, by far. Professional judges at the Kansas Collegiate Media conference earlier this year showed praise that made my time here all worthwhile. “Every college paper in the country should write a story about where to go to the bathroom. Superb.”

5) There are no dumb questions. I’m still trying to convince myself of this after asking a former Student Body President if the rumors were true that he invited Westboro Baptist Church to Wichita State.

6) Seeing Nathan Davis return to ask for a second application not even two minutes after giving him his first copy. That takes a strong man. Rest in peace, friend.

7) I’ll always remember chasing the elusive red squirrel in Washington, D.C. with Andrew Linnabary. I still have no idea what our intent was.

Singing the Dayton Flyers fight song — simply the greatest fight song of all-time — repeatedly, and later modifying it to fit Sam Belsan’s name, or really anything that fit the mold.

10) All the hours upon hours spent in Amy DeVault’s office. Thanks for the conversation, even when I had nothing to say.

P.S. You better believe this hurt.