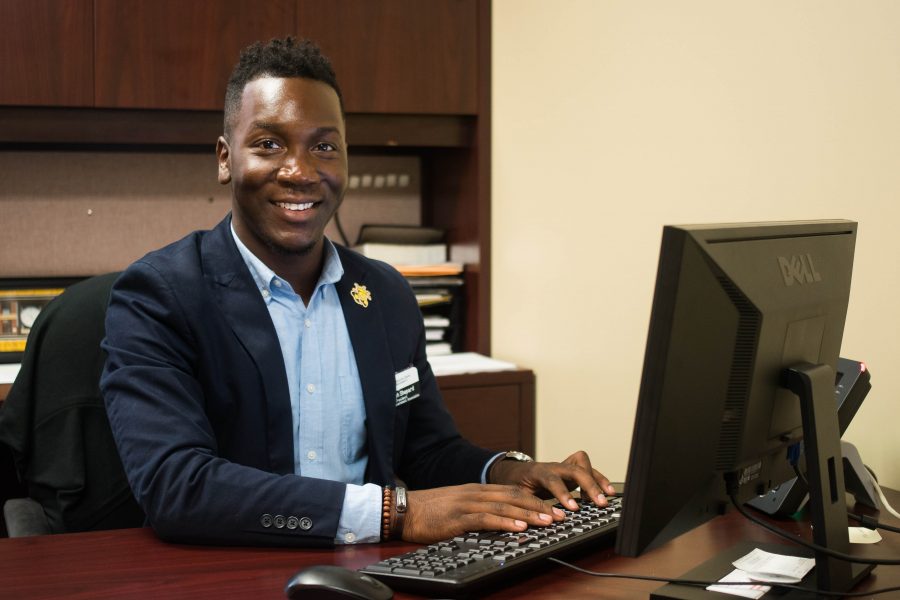 Hungate’s parents, who each work at local high schools, are under criminal investigation for battery and anti-black, hate “fighting words.” The disturbance was reported to Wichita State University Police at around 9:15 p.m. Thursday.

“Violence in any form is not acceptable and being called a racial slur should never be tolerated,” Shepard wrote in a letter he shared to Facebook Monday evening. “Not only should it not be tolerated, but proactive measures must be taken to hold those who participate in such behavior accountable — no excuses.

“For this reason, I have decided to move forward and press charges against the individuals who allegedly participated in such behavior against me and my family.”

“This is not a time for me to victimize myself, but rather an opportunity to hold individuals accountable and fight for justice,” he continued.

Shepard said Hungate’s mother, Stacey Steffes-Sundquist, approached him after his speech because she had taken exception to his speech. He said they then moved the conversation outside of Beggs Ballroom, where the conversation escalated to an argument.

Shepard said Steffes-Sundquist described his speech as “divisive” and an attack on her daughter.

Shepard said Steffes-Sundquist raised her voice while continuing to express animosity toward him, and with tensions building, former Student Body Vice President Taben Azad stepped in, telling Shepard to leave the altercation. Agreeing to leave, Shepard responded to Steffes-Sundquist saying, “Act your age, not your shoe size and then maybe, moving forward, we can have a conversation.”

Shepard said as Steffes-Sundquist left, she mumbled a racial slur directed at him.

Multiple sources that witnessed the altercation confirmed Steffes-Sundquist then directed a racial epithet toward Shepard. After the argument, Hungate’s father, Trent Hungate, “charged” Shepard, bumping Shepard’s mother, who is listed in the police report as a victim, in the shoulder, multiple witnesses said.

Shepard said the National Association for the Advancement of Colored People is investigating the case in addition to local law enforcement.