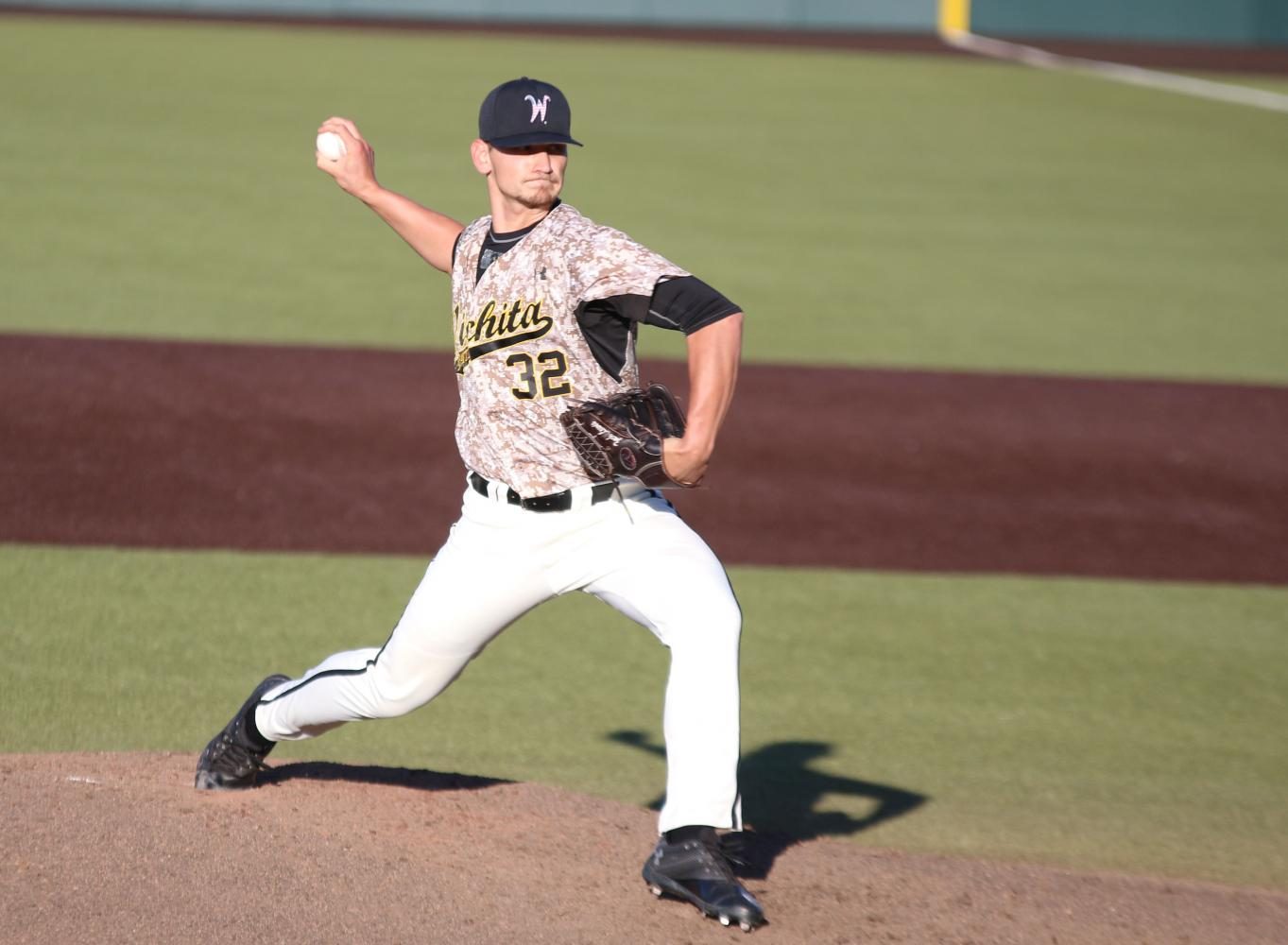 This time, the Shockers’ work from the mound advanced them in the winnter’s bracket in their final Missouri Valley Conference Tournament.

Four WSU pitchers exhausted the Southern Illinois offense, striking out 16 Saluki batters and allowed only one run on two hits in 10 innings that allowed the Shockers to take a 3-1 win on Wednesday at Hammons Field in Springfield, Missouri.

Senior Zach Lewis, who was selected on the All-MVC first team, commanded the strike zone that resulted in eight strikeouts in 6.2 innings. The Shockers took a one-run lead in the top of the second when senior Willie Schwanke smashed his second home run of the season that sailed over the right field fence.

Lewis’ only run allowed came on an error committed by Palos Heights, Illinois native in the bottom of the seventh inning.

After senior Reagan Biechler kepted the score knotted at a run with a strikeout, Chandler Sanburn’s domincance in relief forced the game to be moved into extra innings.

The junior struck out five out of seven batters faced, not allowing a hit while controlling the mound.

A fielder’s choice grounder hit by sophomore Alec Bohm allowed Jordan Boyer to score from third and give the Shockers the go-ahead run. Luke Ritter’s single to right field allowed a cushion run to score in the top of the 10th.

Redshirt junior Ben Hecht finished Southern Illinois off by striking out two out of three batters faced in the final half inning of play.

WSU will play the winner between no. 1 seed Missouri State and no. 8 seed Illinois State on Thursday at 7:30 p.m.