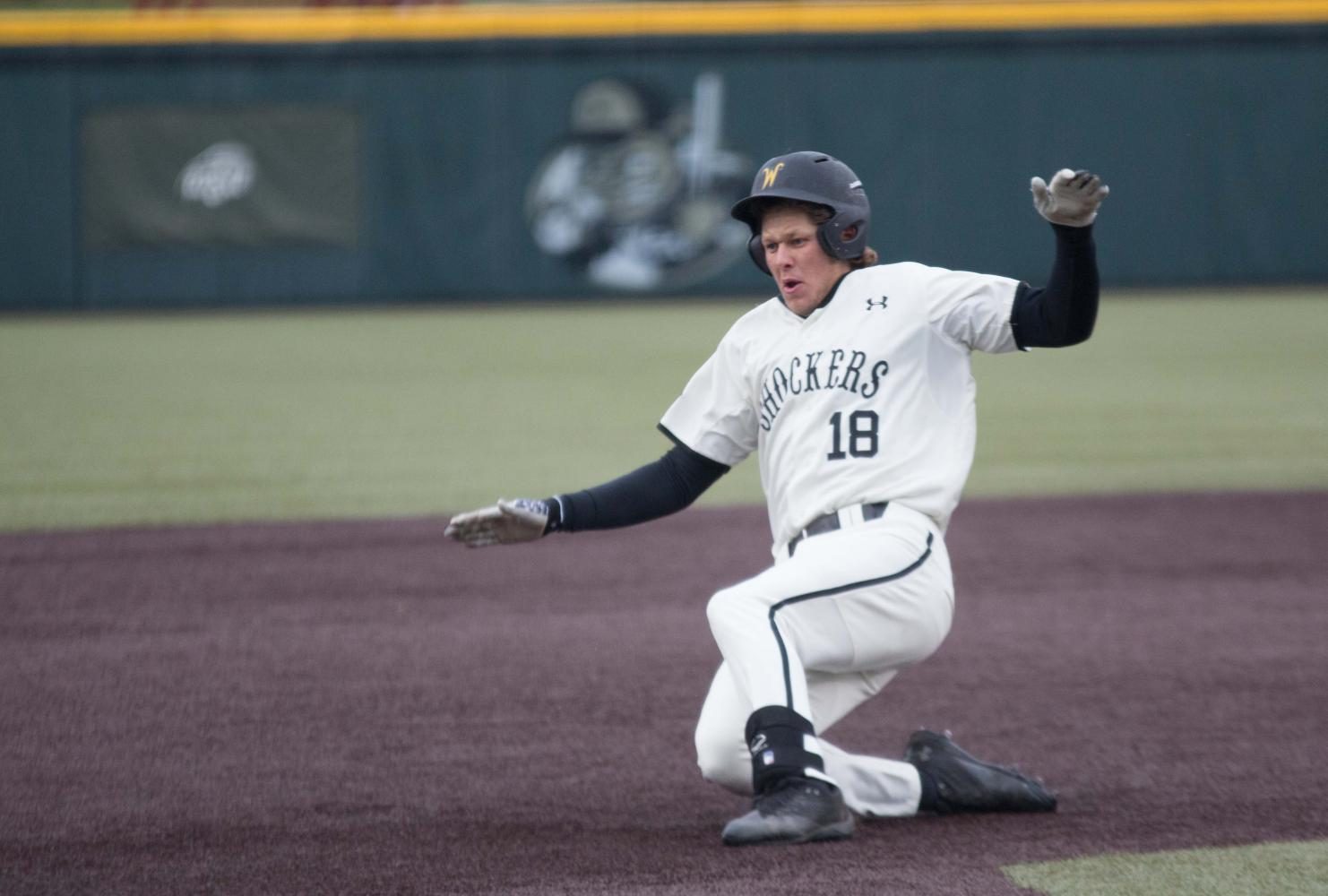 Wichita State third baseman Alec Bohm slides to third base during the game against Illinois State at Eck Stadium (April 29, 2017)

The Shockers will not be able to represent the MVC one last time in the NCAA Tournament after losing to top-seeded Missouri State in the loser’s bracket in Friday’s MVC Tournament in Springfield, Missouri, ending their membership with a 5-8 record in conference tournament play over the last four years.

WSU, who finished the year with a 28-30 record, trailed by five runs in the top of the third inning before a wild pitch scored sophomore Alec Bohm in the bottom of the fourth inning. Home runs from Bohm and sophomore Jordan Boyer cut the lead down to three, but the Shockers manged to string together only one hit in their final seven at-bats to give the Bears the three-run victory.

Bohm went to 2-for-5 at the plate with the two runs scored while sophomore Greyson Jenista went 3-for-5 with a double in Friday’s loss. Four Shocker pitches combined for 10 strikeouts, but starting sophomore pitcher Robby Evans gave up five earned runs off five hits in two complete innings pitched.

The Shockers allowed the Bears to come up with 10 hits while leaving nine of their own runners on base.

WSU graduates four seniors: Willie Schwanke, Reagan Biechler, Zach Lewis and Landon Hollifield. Schwanke went 7-for-12 in the MVC Tournament with a home run in the opening round win against Southern Illinois.

Lewis finished off his career with an All-MVC first team honor and struck out eight batters in his final appearance against Southern Illinois, finishing with an earned run average of 3.07.

Friday’s game marked the final competition in the MVC for all WSU athletics, with the Shockers making the move to the American Athletic Conference effective on July 1.