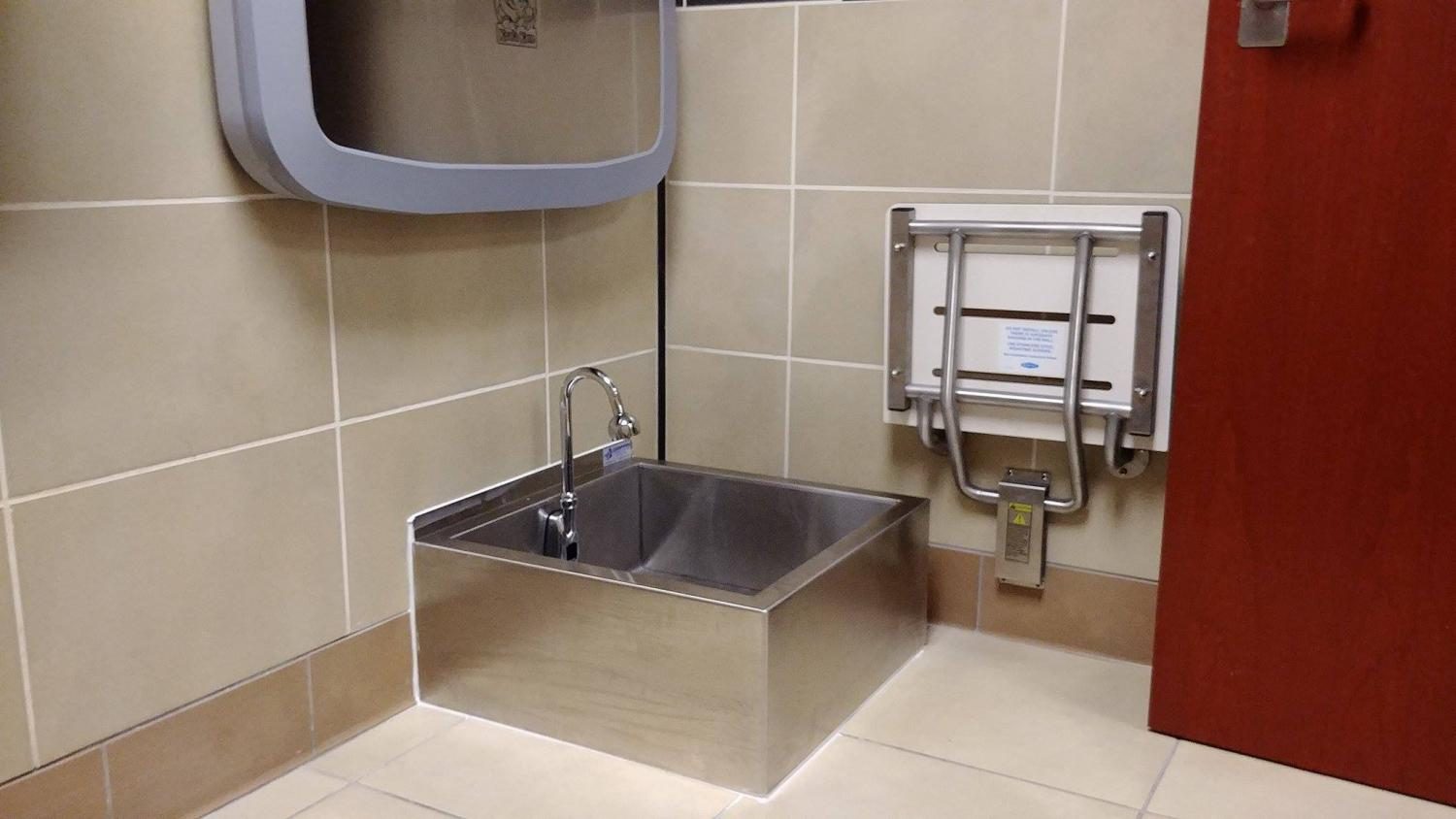 The newly installed washing station is located in the family bathroom on the north side of the RSC.

After a series of roadblocks, the installation of a wash station that will provide Muslim students a place to wash their feet as part of ritual religious ablution in the Rhatigan Student Center was completed Wednesday. And the university wants to make it clear the station is open to all students for all purposes.

Vice President for Student Affairs Teri Hall said the wash stations could be used for a variety of purposes, which justified the allocation of RSC funds — which come from student fees — to pay for the installation.

“There were some folks that were concerned that we were doing something for one religion that wasn’t beneficial to everybody else,” Hall said. “That’s why I want us to be clear that these floor basins are helpful to everybody.

“They’re put in for all kinds of things, not just for foot washing,” Hall said. “They’re also good to rinse out coolers. There are times I’ve gotten flowers and it’s hard to fill a vase up in the bathroom.”

A sink on the floor and a foldable seat attached to the adjacent wall comprise the wash station, which is located in the first floor family restroom to allow students to wash their feet.

The project is the result of efforts between the Muslim Student Association, student government, and university administration.

Hall said the installation of the sink came from conversations she had with the Muslim Student Association.

Zeeshan Khan, former president of the Muslim Student Association, said that his main concern was that Muslim students on campus would have a place to wash their feet as a part of ritual religious ablution.

“At the end of the day it was done for all the Muslim students on campus,” Khan said. “It’s done for their convenience.”

Tony Vizzini, senior vice president and provost, told KSN in October that the university would not pay for the installation of a wash station because doing so could be perceived as an expenditure for specific religious clientele.

Hall told The Sunflower in February that controversy and the political climate complicated the initiative.

“This is a pretty conservative state — a heavily Christian state,” Hall said to The Sunflower in February, which she said can make “these kind of initiatives more difficult.”

Hall announced during a student government meeting in April that the university would move forward with the installation of a wash station after the proposal was initially rejected in October.

Student Body President Paige Hungate, who credited Azad for the initial proposal, said the installation of a wash station would be a good thing for students.

“Our students will be able to practice their faith in a good way and be able to do it safely,” Hungate said.