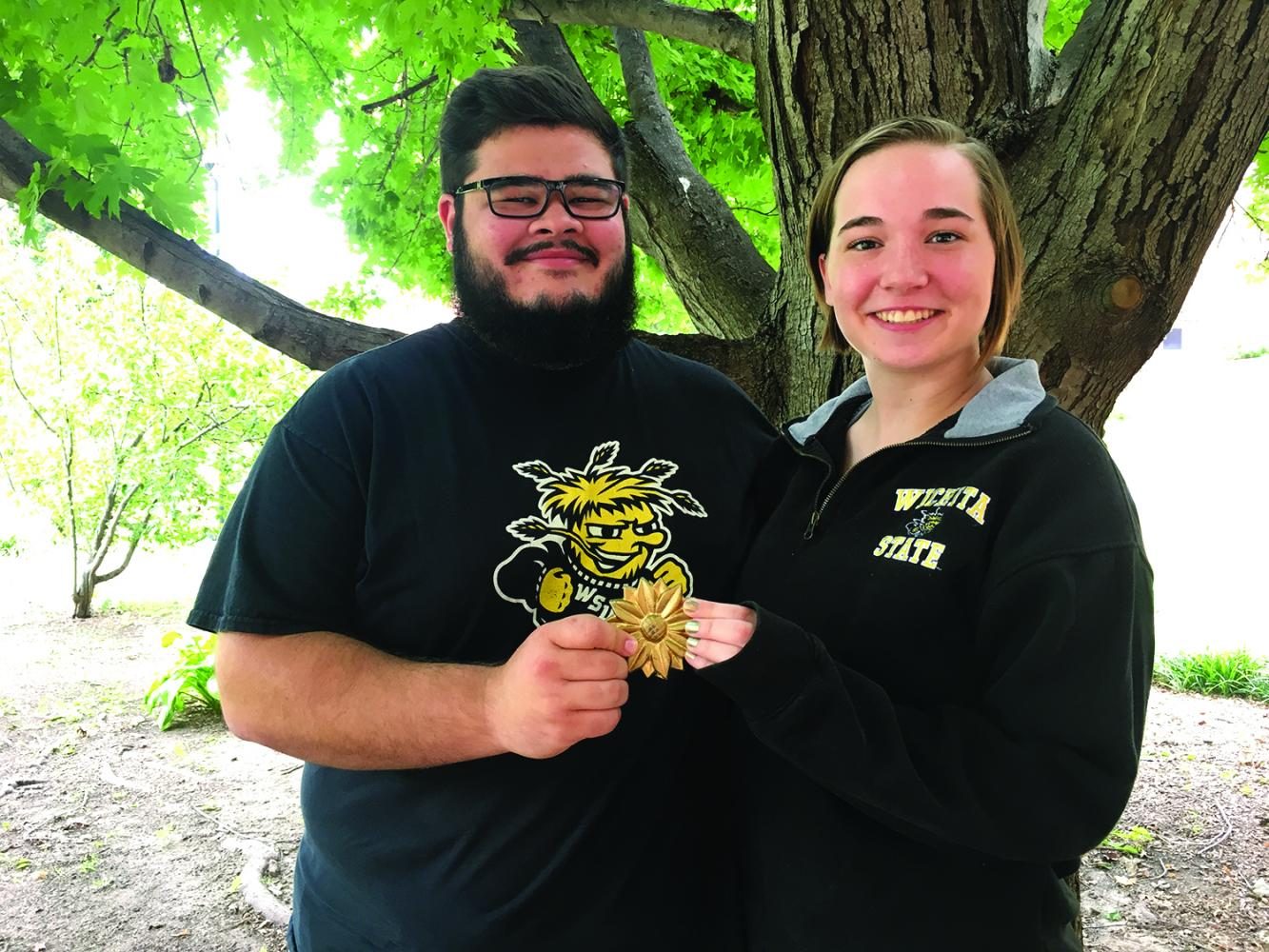 After one 6 a.m. hunt, seven hours of searching, and lots of walking, Megan Singleton and Connor Burden found The Sunflower medallion and won the $500 prize.

Singleton and Burden, who are engaged to be married, put an end to nearly a weeklong scavenger hunt sponsored by Tobacco Free Wu & Me. The quest consisted of daily clues hinting at the medallion’s hidden location Saturday afternoon.

Singleton said she didn’t initially believe she would have any luck finding the medallion.

“We were like, we’re not gonna find it. We’ve got too much homework to do,” Singleton said. “But I really like puzzles, so I just sat there and looked at [the clues.]”

The weather was nice Wednesday night, and the couple decided to give it a shot, Burden said.

“We just kind of got invested after that,” Singleton said. “We got competitive and really wanted to find it.”

But the couple almost gave up on their search efforts the day before finding the prize.

On Saturday, Burden and Singleton split up to scope out different locations and make sure they left no stone unturned.

“We knew it was around Wiedemann or Morrison or Duerksen,” Burden said. “We thought it was probably under a wall, a ledge, or a rock. Those rocks right there were kind of perfect for it.”

Singleton said she was searching along Perimeter Road when she heard Burden shout.

“As soon as he yelled I was like, did he find it or did he fall?” Singleton said. “I was like, no way — he did not find it. Then he was running.”

Burden said he still hasn’t deciphered all of the clues.

“Even though we know where the hiding spot is now, we still can’t connect some of the dots,” Burden said.

Singleton estimated that she had 65 percent of the clues figured out.

“They were really difficult, but I’m pretty good at riddles,” Singleton said.

Burden said he and his fiancé would put the $500 cash prize towards their savings.

“We’re probably just gonna put it in our savings — spend it when we need it,” Burden said. “Put it towards our groceries or whatever.”