Pflugradt: I’m not in love with your signs

Trashing university art isn't going to help you get a point across. 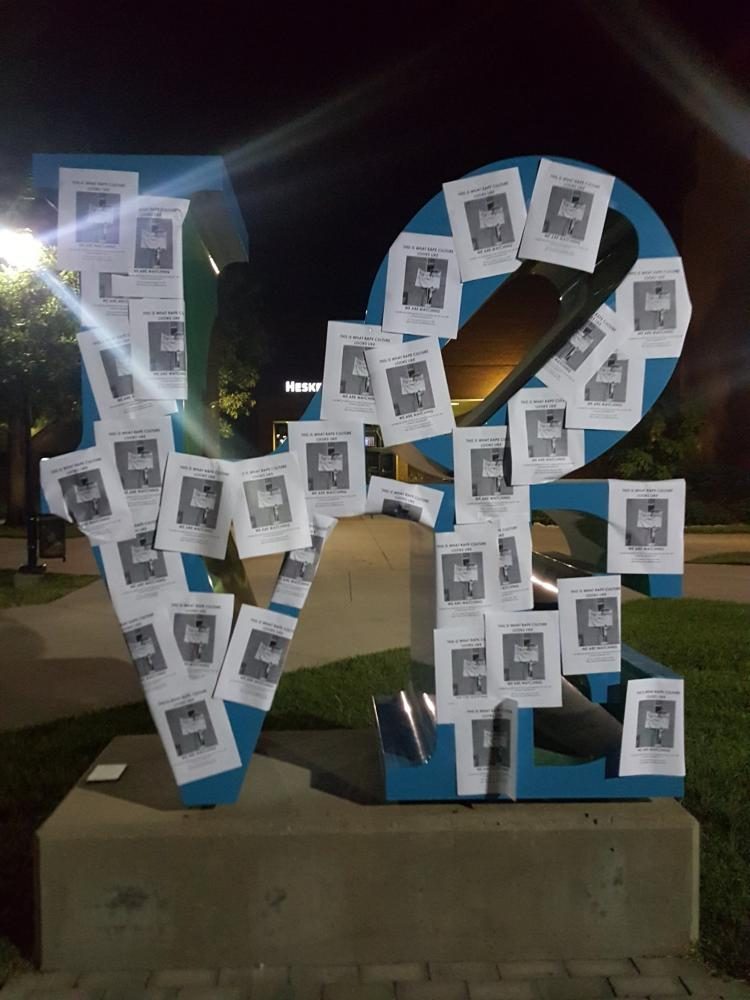 In the dead of night Sunday, someone placed more than 200 posters across Wichita State’s campus. By sunrise Monday morning, roughly five of the printouts remained on campus. At the time of publishing late Wednesday, just a few remained, including one taped to a bench outside Elliott Hall.

The printouts showed the infamous screenshot of two now-suspended Phi Delta Theta members hanging a banner outside the fraternity house with the words “New Members … Free House Tours” under a headline that read “This is what rape culture looks like.” The pages listed resources to help victims of domestic violence and sexual assault.

We The Students, a Facebook page which self-describes as “a collective of concerned students” listed their displeasure in the removal of the signs.

Their post criticized Wichita State — a campus encouraging free speech — for being “hypocritical” and “counterintuitive” for removing the signs. It’s unclear who removed the signs.

“Does the First Amendment apply to all students? (sic) Or just the ones who top officials at the university happen to agree with?”

A letter to the editor published by Deborah Ojeda-Leitner in Thursday’s issue of The Sunflower said that the university is “censoring activists, who were just building awareness.”

Here’s the thing, though. In the post, We The Students published pictures of the signs before they were displaced Monday morning.

“LOVE,” the iconic blue/green statue outside the Heskett Center, is covered top to bottom, with posters crowding the edges. The statue is WSU property.

Removing the 30-plus signs from the LOVE statue is not censoring — it’s protecting art. Try to not damage our property and you might stand a better chance at promoting resources.

Message aside, there are ways to get a point across, and trashing the campus isn’t one of them.