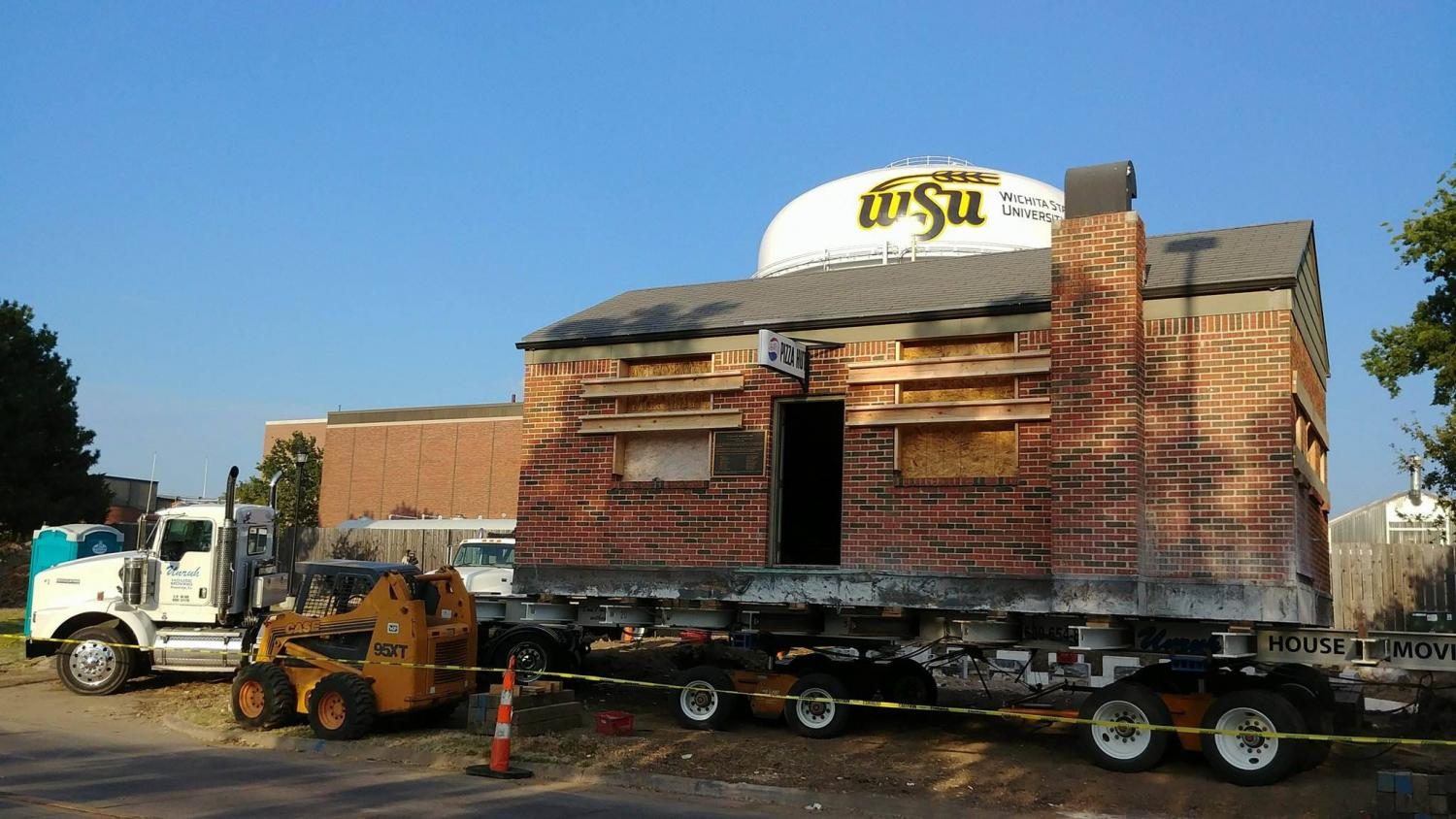 The original Pizza Hut will be moved to its new location on Innovation Campus Monday morning.

Pizza Hut is on the move.

Monday morning, the original Pizza Hut building will be moved from its location on Perimeter Road to a new location on Innovation Campus located near the Marcus Welcome Center.

The building, which is currently on a trailer, will be transported starting 9 a.m. Monday.

University police will help guide traffic. Because of the move, Wichita State shuttle buses will not stop at either the Marcus Welcome Center or Grace Wilkie Hall starting at 7:30 a.m. until completion of the move.

Traffic delays are to be expected.

Brothers Frank and Dan Carney, who both studied business at the University of Wichita, opened the 500-square-foot restaurant in 1958 with $600 borrowed from their mother. Within 10 years of opening their first location in Wichita, the company had welcomed more than one million customers at its 310 locations.

The building will be turned into a museum complete with Pizza Hut mementos showcasing the company’s 52-year history — it’s expected to open in 2018. Dan Carney will donate a collection of Pizza Hut artifacts to be included on display.

The building was moved from its original location at the corner of Kellogg and Bluff to WSU’s campus to serve as a symbol of entrepreneurial leadership and success. The building was dedicated Sept. 11, 1986.

The name Pizza Hut was influenced by the building’s structure, which had a sign that would fit only nine characters. The brothers decided to have “Pizza” in the name, so only a three-letter word could be added. Given the building’s resemblance to a hut — the Carney’s settled on Pizza Hut.

To date, there are more than 13,700 Pizza Hut locations worldwide.