Kingsman: ‘As dull as it is long’ 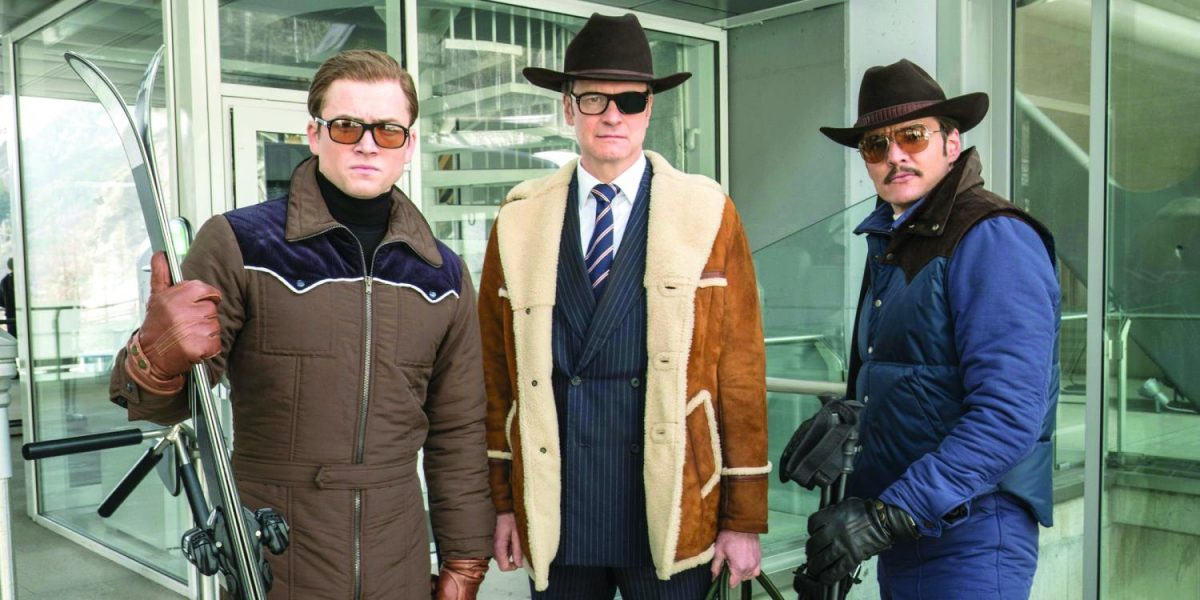 Released in 2014, Kingsman: The Secret Service was a refreshing satire lampooning the traditional elements found in spy films while holding its own as an action movie. Unfortunately, the same cannot be said for its sequel, Kingsman: The Golden Circle.

While the first film nimbly stepped around most of the elements found in spy films, its sequel instead leans into them, resulting in a clichéd, inflated, and juvenile mess that’s as dull as it is long.

Kingsman: The Golden Circle finds Eggsy (Taron Egerton), the young initiate into the Kingsman intelligence agency, back in the saddle as a nebulous organization called The Golden Circle plots to destroy the world.

This time he finds himself in America, requisitioning the help of the Statesman, the Kingsman’s American counterparts, in defeating The Golden Circle. This shadowy organization, led by Julianne Moore, is hell-bent on legalizing drugs worldwide through a large-scale hostage negotiation. Read that sentence again.

The Statesman are led by an affable Jeff Bridges and Channing Tatum, with Halle Berry contributing a fine performance. Channing Tatum is one of the most charismatic actors working today, so he seems like a natural fit for the Kingsman franchise. Yet, the film removes him from play within twenty minutes of his introduction, only to bring him back again at the ending.

It reminded me of what they did to Bryan Cranston’s character in 2014’s Godzilla. Why would you shoot yourself in the foot before the race even begins? It’s not that the other actors are necessarily bad in their roles; on the contrary, most do a serviceable job at portraying their characters, but it’s a self-inflicted hurdle the film must attempt to clear.

Not even the fine assemblage of actors can save this film from itself. Editing, and to a further extent, pacing, is the silent killer of popular films. An unnecessary scene here, a snippet of extra footage there — these all add up to precious minutes added to any movie’s runtime. Films are always racing against the clock, and unfortunately, Kingsman loses that race.

The film’s excessive runtime is a product of its reductive and ultimately boring filler combined with heavy-handed exposition and poor plotting. So much of this movie’s problems could have been solved with a tighter script streamlining the film’s convoluted plot into something more reminiscent of the first film’s sleek structure.

Instead, scene after scene is paraded in front of the audience to explain new information, clarify needlessly-swollen backstories, or retell elements the film has already introduced.

What’s left after this deluge of information isn’t anything close to the satire presented in the first film. Hackneyed tropes are still present, and instead of skewering them, the film fully embraces their concepts. It’s a total betrayal of the first film’s tendencies, and evidence that the screenwriter had nowhere interesting to go. Instead, he doubled back.

Beyond all this is the film’s jejune and childish sense of humor, exaggerated to the extreme. The film’s humor and sensibility is simplistic and immature to the point of misogyny. One scene in this film goes beyond matters of taste, bleeding into the realm of uncomfortable.

Conversely, the action scenes are boring and executed with the same strange camerawork as the first film, resulting in well-made but forgettable sequences.

I remember walking out of the first Kingsman film oddly surprised and happy that someone hybridized satire with the spy genre, synthesizing the two into something greater than their separate parts. The first film was snappy and smart, an auspicious debut for a new franchise, and I looked forward to its sequel with hopes that it could live up to its predecessor.

The first film’s sharp sense of fun was transferred to the audience almost effortlessly in a whirlwind of style and color. Unfortunately, this film only seems interested in knocking down every pillar the first movie planted.