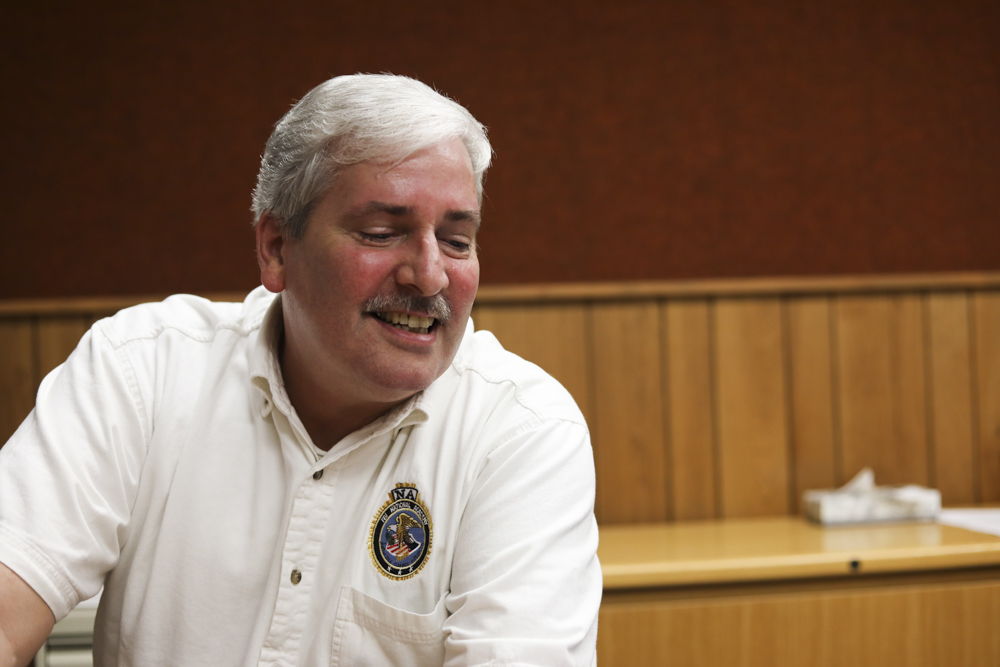 After graduating from Wichita Southeast High School, he worked as a clerk at J.C. Penney at Towne East Mall. He got his first taste of law enforcement spending time around the mall security staff while they were catching shoplifters.

“What I really loved was you didn’t know what was gonna happen next,” Hinshaw said.

From there, he became a 911 dispatcher, and worked his way up to being elected Sedgwick County Sheriff in 2008.

He said he saw his duties as puzzles to be solved.

“When I was younger, I loved working the midnight shift, not knowing what was gonna happen next. I’ve worked tornadoes, I’ve worked blizzards, I’ve worked fatality car accidents,” Hinshaw said.

Hinshaw retired from his career in law enforcement after he lost re-election for county sheriff in 2012.

And he said he plans to keep it that way. When contacted about serving as Wichita State Police Chief, he said yes — “as long as the emphasis is on ‘interim,’” Hinshaw said.

“I eventually said, yes, I’d be willing to serve as interim chief, but I have no desire to throw my hat into the ring to be considered for the chief full time.”

He said the university police department will be undergoing change, including a redefining of the police chief’s job description.

“Since you have a new chief coming in, you have the Innovation Campus coming in. . . They want everything to be focused with one voice and all in the same page of music,” Hinshaw said.

“A good time for that review is when there are changes going on anyway. This is a perfect opportunity for us to take a hard look at ourselves.”

In the world of law enforcement, integrity is the most important value, Hinshaw said.

“The idea that you’re gonna be the same person in your public life that you are in your private life.”

Hinshaw said that was something he stressed in nine years of teaching a course on core values at the County Sheriff’s Office.

“If you cannot be fair and unbiased, I don’t have any use for you,” Hinshaw said. “You need to take the badge off and find another job.”

He said among the problems he saw with the university police were a short-staffed 47-person department, and parking.

“The biggest problem I see is parking on campus,” Hinshaw, a Wichita State alum, said. “Quite frankly, that was a problem in 1975 when I was trying to find a parking place. I don’t think that’s ever going to go away.”

Hinshaw said that he also wanted to work on policy relating to how traffic citations are handled.

He said verbal warnings were the extent to which traffic violations were punished previously.

“There was never a mechanism in place,” Hinshaw said.

“It doesn’t do any good if there are no sanctions or repercussions to inappropriate behavior.”