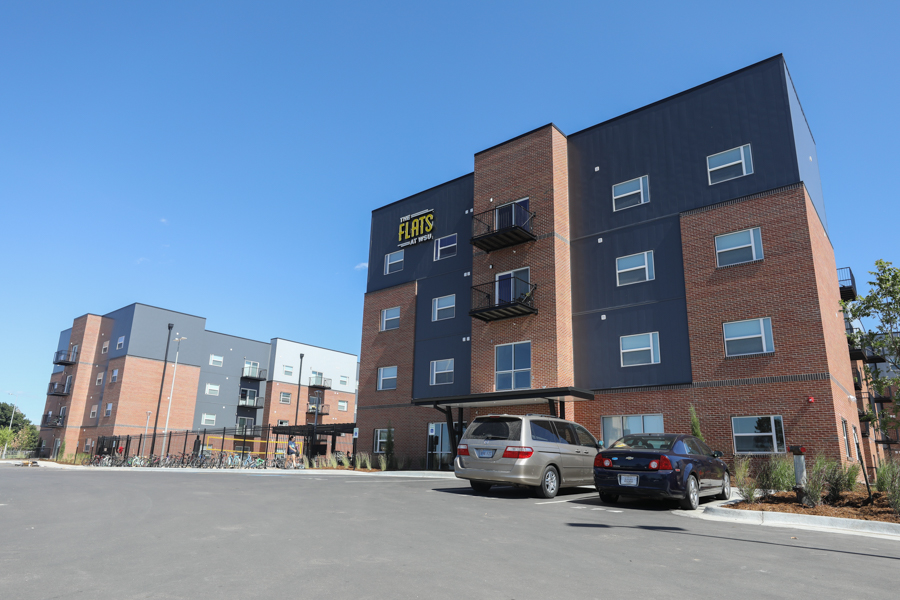 Last week, the university proposed increased housing rates for next school year. Scott Jensen, director of housing and residence life, spoke to the Student Senate Wednesday, addressing the proposed housing rates and the university’s progress on the housing shortage that resulted from the decision to close Fairmount Towers in July.

About 300 students were moved from Fairmount Towers, a university dorm, to The Flats, an apartment complex on Innovation Campus owned by MWCB, LLC.

Students who were moved from Fairmount Towers to The Flats paid the Fairmount rate for this school year — $2,190 a semester for a double room or $2,950 for a single room.

An unlimited access meal plan currently costs $2,030 a semester. The proposed cost for the same meal plan next year is $2,165 — a 6.65 percent increase from this year.

Shocker Hall rates would also rise with the new proposal. Currently, a single one-bedroom suite costs $4,325 a semester. Next semester, the same room would cost $4,455, a 3.01 percent increase.

The proposed housing rates have not yet been approved by the Kansas Board Regents.

Jensen also addressed the fate of Fairmount Towers, which the university has said will eventually be demolished.

“Our current plan is to continue to maintain it so that it does not become an eyesore,” Jensen said. “We will continue to try and make it look good until a decision is made by the university.”

The Housing and Residence Life Office is moving from its current location in Fairmount Towers to The Flats in about two weeks, Jensen said.

Jensen said the university is still dealing with excess occupancy that resulted from a decision made in July to move about 300 students from Fairmount Towers to The Flats.

As of August, 80 students were living in “temporary arrangements” in Shocker Hall, a process known as tripling. These arrangements consisted of adding an extra bed to the common area of a suite or a private bedroom.

Jensen said the university allowed students to move from Shocker Hall into Greek houses earlier than usual and waived the cancellation fee to deal with the housing shortage.

Despite the university’s efforts, there are still about 40 too many students living in Shocker Hall, Jensen said.

“Un-tripling rooms is tricky for us because we would like to un-triple them, but to make space, it means someone leaves the university, which we don’t want, or we have some folks who move off campus.”

Students affected by the housing shortage in Shocker Hall were originally given a 20 percent discount on their rent.

Jensen said the university plans to increase the discount to students who still live in over-occupied rooms.

“The folks who have had people longer will get a higher percent off. They may get 25 percent off,” Jensen said. “We anticipated that, by this point, we would have no one left.”

Teri Hall, vice president for student affairs, said in August that rooms would be de-tripled as soon as possible.

“Sadly, it means someone will have to leave to make a space. By the end of the semester, if not by October, we should have all rooms de-tripled,” Hall said in August.

Jensen said the university is trying to make amends for the inconveniences.

“It’s not about making money off of this,” Jensen said.

“It’s about what we do when it wasn’t the experience people thought they would have when they began.”