How Tobacco Free Is Wichita State?

"Students still smoke on campus. I haven’t seen a massive shift, and I’m on campus every day." 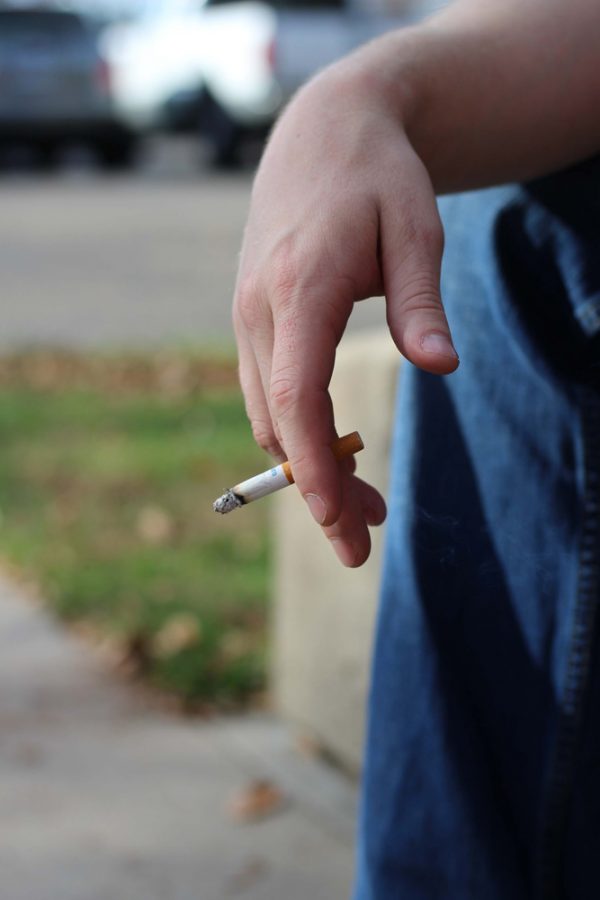 As of July 1, Wichita State University is tobacco free, joining more than 1,100 college campuses across the United States that have banned tobacco.

While it certainly makes the campus sound more appealing in theory to potential students, a key question remains unanswered: What’s the point?

Students still smoke on campus. I haven’t seen a massive shift, and I’m on campus every day.

There wasn’t a prevention campaign or an information blast about the harms of tobacco. WSU instantly and totally banned tobacco products. There was no probationary period and no cycling down of tobacco use.

When I’m on campus, I see groups of students gather on the sidewalks near 17th Street to smoke before walking right back across to the main campus.

The reality is that the tobacco ban is a publicity move.

A tobacco ban is a highly-popular move because it sounds like common sense — it makes selling the school to new students easier.

Do any of us truly believe we would be accosted, arrested, or punished in any way if we walked past the RSC smoking the tail end of a cigarette? No, because punishing people for a personal choice would be ridiculous.

If the argument then shifts to second-hand smoke being dangerous to bystanders, the solution is designated smoking areas. As long as students can purchase cigarettes at the Kwik Shop down the road from campus, they’re going to smoke.

The university has made resources available to smokers who want to quit — a good move.

But why would any smoker choose that option over just smoking in a parking lot or by 17th Street?

It’s laughable that conceal carry is allowed on a public campus but smoking isn’t.

It’s ridiculous to believe a ban like this is anything but symbolic.

Wouldn’t it be a smarter move to give smokers designated areas to smoke on campus and begin an information blast to lower tobacco product tolerance than to outright ban them on WSU properties from the start?

It doesn’t make sense that WSU’s publicity stunt would be done with so little thought put into its efficacy.

I’m not against a tobacco ban. I’m against a bad one.