Challenging the stigma: Students for concealed carry educate for safety 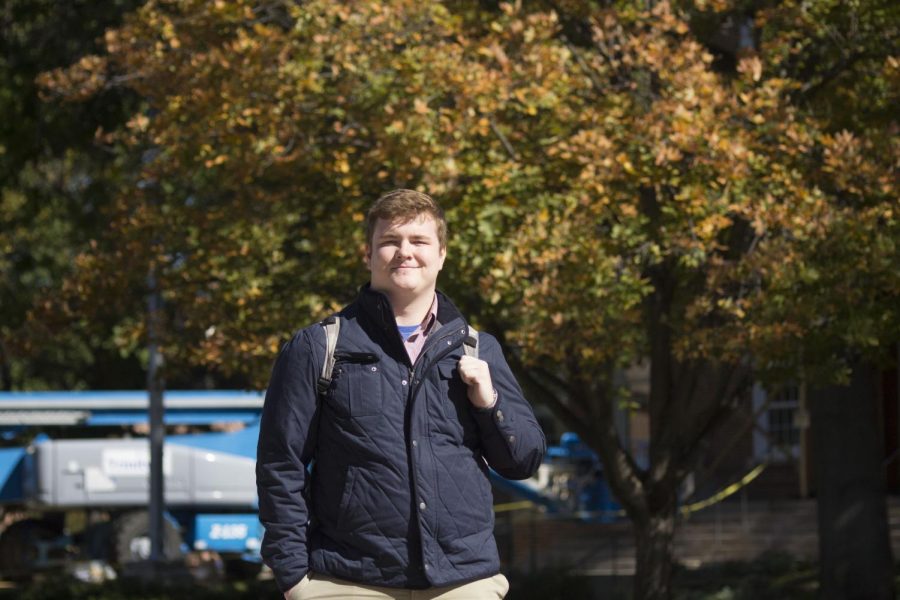 Senior Daylan Andrews is a member of the Students for Concealed Carry.

In a nation where mass shootings can happen anywhere from a night club to a country music festival, Daylan Andrews feels it is more important than ever to stand for, as he calls it, “an equilibrium of safety.”

Andrews is a lifelong Wichitan, Butler County Community College graduate and senior at Wichita State seeking a bachelor’s degree in biological sciences. Andrews is also one of many students at Wichita State who carry a concealed firearm and feels that it is a personal right to be able to protect himself and those around him.

As of July, students have been allowed to legally carry a concealed firearm on all public university campuses.

“I’d selflessly protect somebody else’s life if it came down to it,” Andrews said.

As someone who has been in situations where he felt that his life was in danger, he said that a firearm also provides him with a level of comfort in case of an attack.

Andrews is among the nearly 16,000 people who possess a concealed carry license in Sedgwick County. He prides himself in the precautionary training he has taken to better prepare himself to own and carry a firearm, but said that he did not feel licensure should be mandated.

The Kansas Personal and Family Protection Act, last updated in July, states that “licenses to carry concealed handguns … shall not be construed to impose a general prohibition of the carrying of handguns without such license, whether carried openly or concealed.”

In essence, this means that anyone who legally owns a firearm in the state of Kansas can carry it however they please, with or without a license.

Even though he believes licenses should not be required for concealed carry, Andrews still acknowledges the benefits that training and education can have for concealed carriers as well as the general public. These benefits include protections in court in the event of self-defense, better capacity to care for one’s gun when not in use, and safer operation of a firearm.

As a member of Wichita State’s Students for Concealed Carry, Andrews is exposed to many different viewpoints surrounding the subject. Among those who have a general deterrence to allowing concealed carry on campus, he feels that there is a common misconception.

“People feel that someone who is concealed carrying is a safety or liability concern,” Andrews said. “In fact, that is not the case.”

He elaborated by saying that people should not be fearful of concealed carriers, regardless of their level of training, because there is a common motive to protect the people around them.

From Andrews’ view, the best way for people to overcome a fear of concealed carry and firearms in general is through exposure and education.

He stated that ultimately, it is up to the individual to hold an open mind to the concept of concealed carry so that they can empathize with the defensive-minded ideology behind it.

Cale Ostby, the president of Students for Concealed Carry, spoke to the role of the student organization with a similar message.

“We hope to help make the general student population understand the issue and statistical information a bit better,” Ostby said.

Ostby explained that the group also intends to be a resource for carriers and future carriers that provides education related to safety and abiding by WSU policy and Kansas law.

Ultimately, Students for Concealed Carry have a goal to de-stigmatize concealed carrying and establish that it is for protection.

“In viewing concealed carrying, I don’t think anybody should be fearful. Instead they should have more of an open mind,” Andrews said. “I’m not saying to dedicate their lives fully to firearms and practicing this, but I’m saying to try it.”