‘Go Back’ graffiti found on remains of burned down restaurant 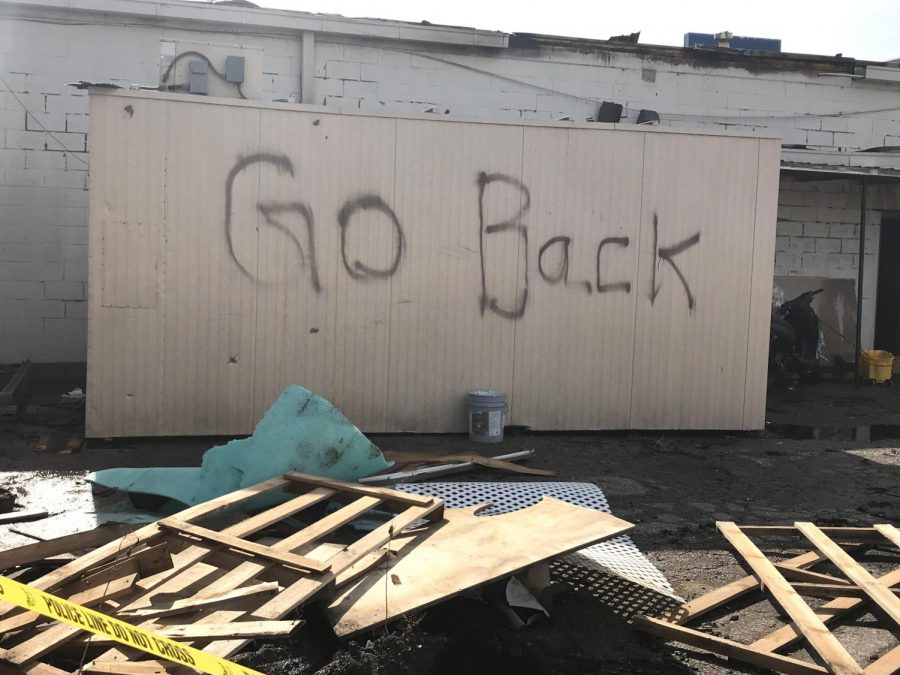 Graffiti was found in the remains of a fire that destroyed Petra Mediterranean Restaurant early Wednesday morning, around the back of the restaurant.

Graffiti was found in the remains of Petra Mediterranean Restaurant, near 21st Street and Woodlawn Street, following a two-alarm fire that destroyed the restaurant overnight.

“Go Back” was spray painted on the outside of the walk-in freezer around the back of the restaurant.

The Wichita Fire Department was called to the 6100 block of East 21st Street around 2 a.m. Upon arrival, crews found fire coming through the roof in the area of HVAC units. Investigators from Kansas City are looking into the incident.

Along with fire-related debris, a hole in the roof was visible above the restaurant’s sign. The cause of the fire was not immediately known.

Restaurant co-owner Ranya Taha was called around 2:10 a.m. about the fire. Taha, who came to the United States from Syria in 1995, spoke about the restaurant’s role in the community.

“People enjoy the eccentric environment that we provide with our restaurant,” Taha said. Many youth groups from various local mosques and churches host meetings at the restaurant, she said.

Taha felt that the fire could be an isolated attack from someone who does not agree with the restaurant’s position in the community.

“We have been building bridges between cultures and religions and communities,” she said. “Apparently someone would rather burn those bridges.”

*Disclosure: One of The Sunflower’s editors is related to the Petra owners.