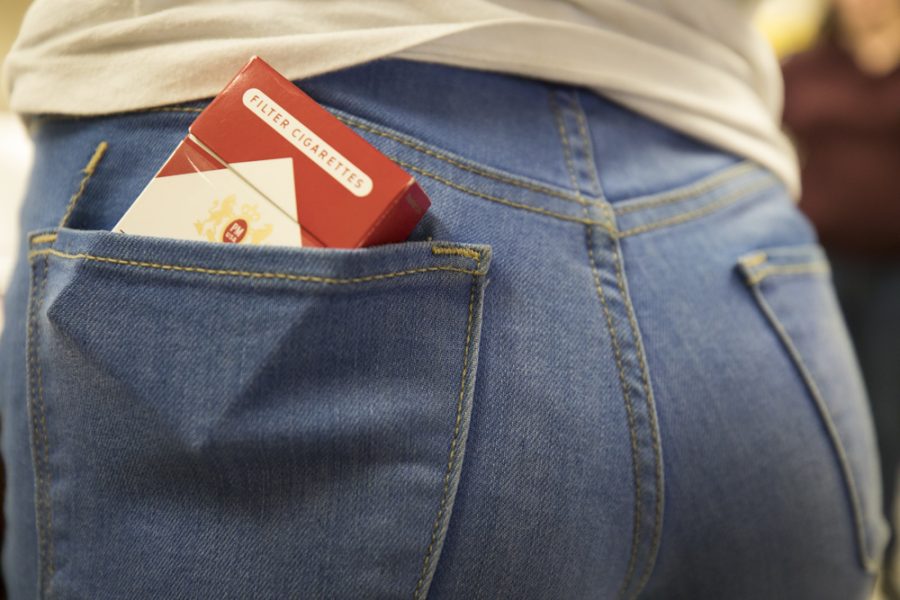 Tuesday evening, KSN interviewed WSU students on their perception on the policy now four months into effect. Students saw both smoking and non-smoking.

Optimism is good. I wish I had more optimism. I should have a glass half-full viewpoint when I evaluate things going on at Wichita State.

If you see everything in life as a glass half-full, at some point you’re going to run into trouble.

Sometimes people are far too optimistic and they force the glass half-full concept into matters of policy. That’s the case of Tobacco Free Wu & Me, WSU’s initiative to limit tobacco usage of any kind on the main campus.

Tuesday evening, KSN interviewed WSU students on their perception on the policy now four months into effect. Students saw both smoking and non-smoking.

“I think some people are choosing to ignore the policy,” Nolen told KSN. Those behind the initiative are finally revisiting this policy with a glass half-empty mindset. Maybe.

Nolen had a humorous response on the policy’s poor effectiveness.

“When the policy was developed, it was really hopeful that everybody would just follow it because that’s what we’re supposed to do when there is a rule, you follow the rule,” Nolen said in the interview with KSN.

Without penalty, what’s the good of a policy? Does anyone really care?

There’s a rule — clearly defined and posted at the door — that everyone is consciously aware of. Rules are rules, right? When there is a rule, you follow the rule. What more is required than to expect 100 percent compliance for a rule like that?

Movie theatre employees might notice the bag of M&Ms sticking out of your pocket, and they might discourage it, but it doesn’t matter. If the 18-year-old working the ticket both offers you explaining you why the theatre doesn’t want you to bring in your own snacks, it’s not going to change your mind.

Nolen said when the policy was written, WSU did not want to penalize violators. Now, they’re revisiting this and looking at possible punishments.

Until then, some will light a cigarette up, sneak M&Ms into the movies, or speed through the traffic cones on 17th Street.

How about we apply a realistic view to this less-than-perfect campus policy? WSU has clearly been too optimistic on the expected effectiveness of this.

If WSU insists on Tobacco Free Wu & Me being a real policy, then expectations must be something more than just counting on the goodwill of 15,000 students, faculty, staff, and visitors.