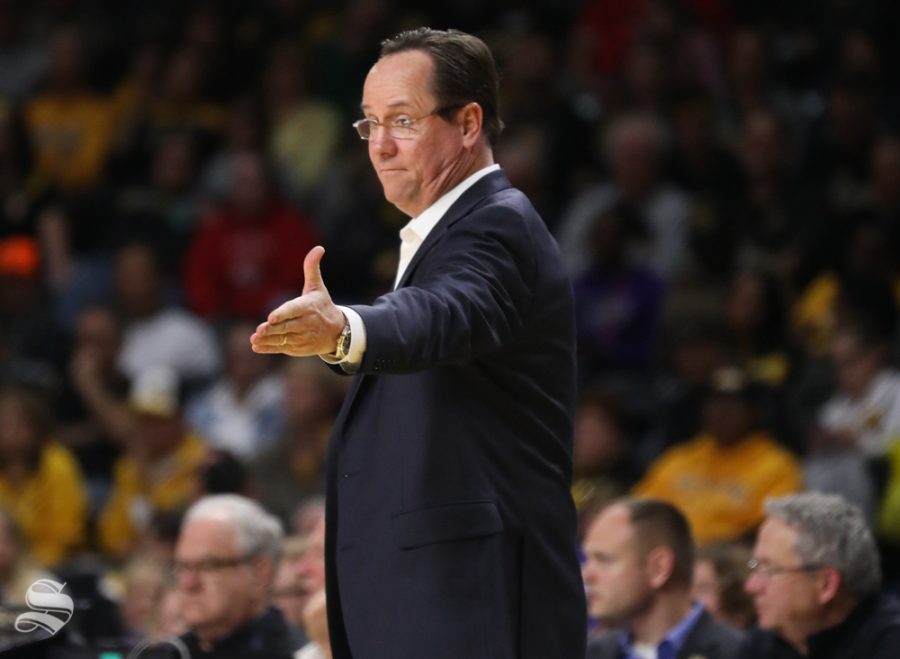 regg Marshall returns to coach Wichita State for his eleventh season, poised to deliver the Shocker faithful what could potentially be the greatest season of successes in program history.

Marshall appears happy, content, and ready to face the new challenges and opponents the American Athletic Conference has to offer. His Shockers are an early favorite to lead the conference.

Yet, speculation continually surrounds WSU’s winningest coach and whether he’ll leave for a job at a higher-profile school. Conjecture started after the termination of Indiana’s Tom Crean in March. Many wondered whether Marshall, who was in Indianapolis for the second round of the NCAA Tournament, would leave to travel back to Wichita or join the Hoosiers.

Earlier this year, Louisville, in the midst of F.B.I investigations, placed Head Coach Rick Pitino on administrative leave, adding that the program would review Pitino’s employment at a later date — the nice way of announcing the Hall of Fame coach’s termination.

Instantly, news outlets across the country compiled names of replacements, with Marshall topping almost every list.

At this stage in his career, Marshall, 54, is soon going to have to decide whether he will step into a premier program or retire a Shocker — his contract expires in 2022.

It’s fair to list Marshall as a prospect for top-level coaching openings. Despite the rise of the Shockers in the last five years, WSU has just two Final Four appearances and no National Championship appearances in program history. That’s an underwhelming program history for a coach as nationally acclaimed as Marshall.

Programs with track records like WSU’s don’t often attract top-level talent, challenging Marshall and Co. to work from the ground up. Marshall and his players have embraced the chip-on-the-shoulder culture, making it their mentality. The results speak for themselves.

The Shockers are sitting comfortably in the top 10 in most national polls, and ESPN’s BPI probability rankings give the Shockers a 26 percent chance of making the Final Four — better than any other team in the country.

Sure, now isn’t the time for Gregg Marshall to jump ship, but he could be tempted in the near future to walk away from the program he has brought into the national spotlight.

Next season, Marshall loses six graduating seniors. He could also lose his top two production players in point guard Landry Shamet and small forward Markis McDuffie, both of whom could depart for the NBA at the end of the season.

Replacing eight players is hard work, and WSU could easily see a decline in success moving forward. Marshall won’t have to look hard to see the benefits of leaving for a big-time school.

But if Marshall’s past actions are any indicator, he’ll at least attempt to meet the challenge of replacing a star-studded veteran class. Wednesday the Shockers saw verbal commitments from six players including four-star point guard Alex Lomax in the early signing period. The last decade offers plenty of evidence to support Marshall’s loyalty to the program. Expect him to stick through this phase.

In the coming years, North Carolina’s Roy Williams, 67, and Duke’s Mike Krzyzewski, 70, will retire, opening the nation’s most-highly-coveted coaching positions. We could see the biggest coaching shake-up in the history of college basketball. Not to say Marshall would necessarily leave for UNC or Duke, but this shake-up could open a multitude of top-tier coaching jobs like Kansas, Michigan State and others. Until then, expect Marshall to be content right where he is.