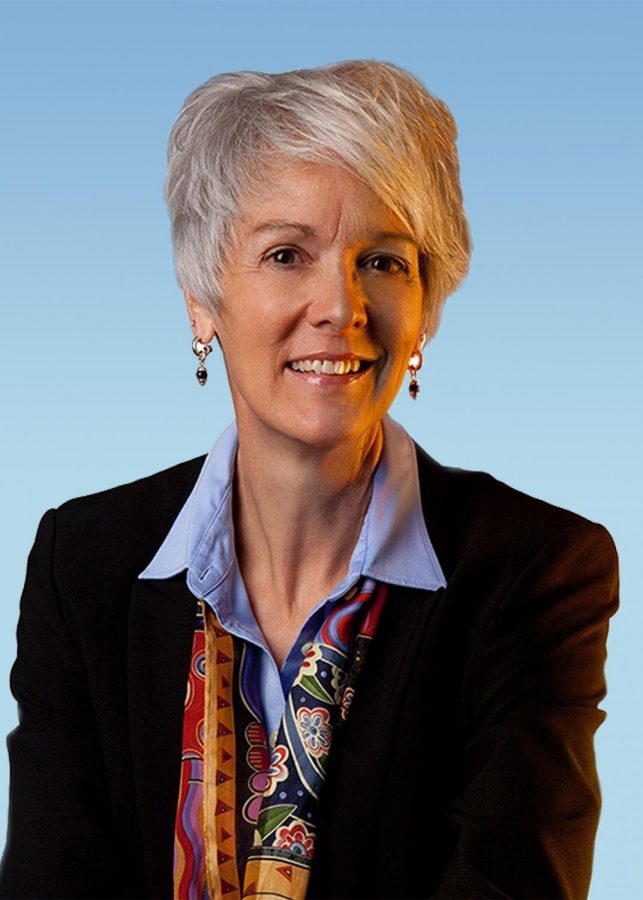 As chair of Wichita State’s strategic planning committee, Cindy Claycomb has worked to implement her vision for the university.

Now, as a recently-elected member of the Wichita City Council, she said she hopes to expand her vision, which parallels the values she continues to champion for WSU’s Innovation Campus, to her constituents in Wichita.

“I believe in my vision for Wichita,” Claycomb said.

Claycomb was elected by a wide margin Tuesday to represent Wichita’s sixth district. She received 86 percent of the vote to her opponent’s 12 percent — the widest margin of victory in a Wichita City Council race in the last 16 years.

Claycomb said her message resonated with voters in her district.

She said one of the three primary issues she campaigned on was strengthening the local economy — something she plans to do partly through workforce development on the Innovation Campus.

“The purpose of [The Innovation Campus] is to create workforce development,” Claycomb said. “Creating that pipeline of workers … all the way from the GED to the PHD.”

Claycomb said that, although she had never held public office before her election to the council, she believes her experience at WSU and on various community boards has helped to make her “reasonable,” “collaborative,” and “someone who knows how to analyze situations and gather data to make good decisions.”

Claycomb cited her work with the 2010 campaign to eliminate smoking in Wichita restaurants as preparation for public office.

“When you work on things like that, you have to work really closely with city council,” Claycomb said. “There are seven people on the council. You have to get four votes to get anything done.”

“I have seen a lot of pieces of government already.”

Claycomb is currently on phased retirement at Wichita State. She works part-time for the university as a professor of marketing and assistant to the president for strategic planning. Her employment is scheduled to end in December 2018.

Now, she is in charge of implementing the strategic plan — a task that makes the Innovation Campus the primary focus of her work.

She said the Innovation Campus exemplifies the applied learning aspect of the university’s strategic plan.

“Applied learning is part of our vision,” Claycomb said. “We have a goal that says every student will have an applied learning experience before they graduate.”

She said the university’s partnerships with private businesses on Innovation Campus, such as Airbus, provide students with invaluable real-world work experience.

For the first year of her term, Claycomb will remain an employee of WSU.

The Wichita City Council often deals with issues that affect WSU and, specifically, the Innovation Campus.

In 2016, the council approved the development of the Innovation Campus’s new law enforcement training center.

Claycomb said she recognizes the potential for conflicts of interest between her work at the university and on the council.

“Someone is going to put me through training that explains when I can and cannot vote on things,” Claycomb said.

“If I believed that it was a conflict of interest and the city’s guidelines say that you have to recuse yourself, then that’s what I’ll do.”

Although the university is not in the district she represents, Claycomb said she hopes to provide insight on university issues from an insider’s perspective gained through 23 years of employment at WSU.

“Being involved with the strategic plan and understanding the direction of the university is very beneficial to the city.”