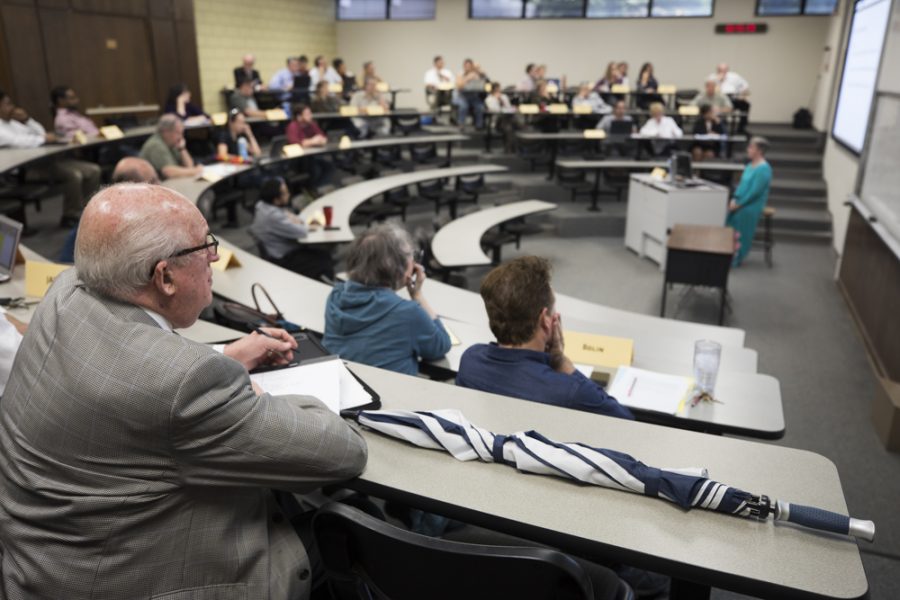 A Faculty Senate meeting held in October. The senate meets twice a month in Clinton Hall 126.

Proposed policy changes will not be approved by the senate, but the body can vote to either endorse or not endorse the changes.

The Faculty Senate’s input will be considered by Human Resources and the Office of Equal Employment Opportunity.

The proposed policy would establish employment at Wichita State on an “at-will” basis, meaning “The University can separate an employee for any reason at any time,” and vice-versa, according to a draft of the proposal.

The provisions for involuntary separation state that any employee charged with a criminal offense — including tenured faculty, can have their employment terminated at the discretion of Human Resources and university leadership.

A proposal to create a path for promotion for non-tenure-eligible faculty, such as lecturers and instructors, will be discussed by the Faculty Senate for the second time, Monday.

The proposal would qualify non-tenure-eligible faculty for promotion after five years of employment.

The proposal has been brought to the Faculty Senate before and will have a second reading Monday.