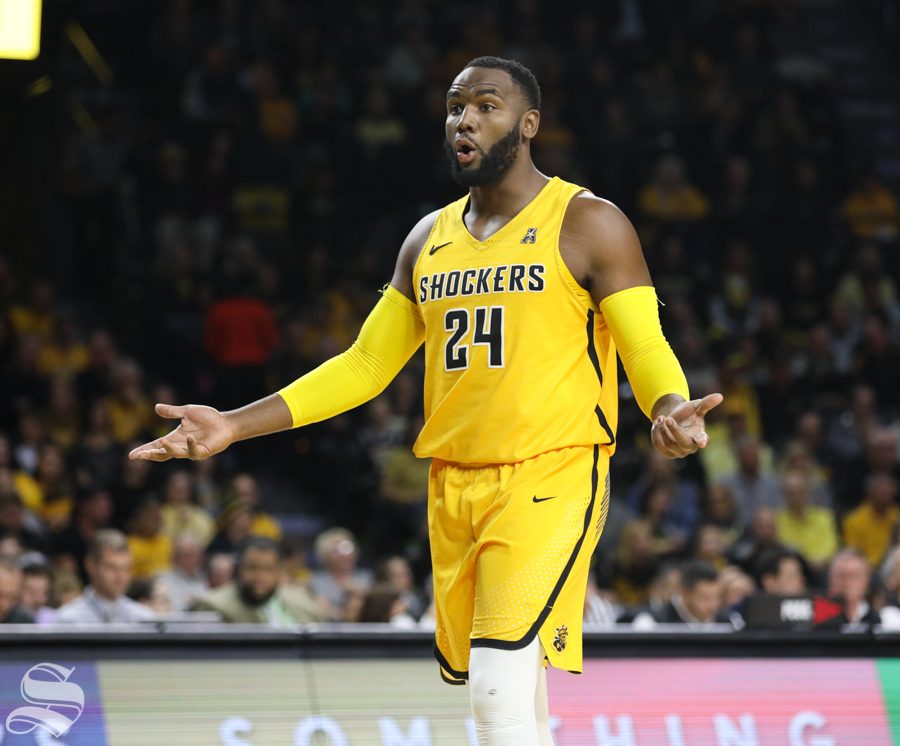 The unranked South Dakota State Jackrabbits nearly gave the No. 6 Shockers get their first loss in Koch Arena since early 2016.

Trailing by as much as 13 in the second half, Wichita State rallied in the last seven minutes of regulation for a 95-85 victory.

Head Coach Gregg Marshall said it was not the halftime adjustments but his team’s mindset that made the ultimate difference.

“The resolve of these guys, the toughness, the refuse to lose attitude… all those things is what carried us tonight,” Marshall said.

Wichita State’s defense could not find a way to slow down South Dakota State’s offense in the first half. The Jackrabbits made eight of their 13 threes and shot 63 percent.

The Shockers gave up 50 points and trailed by eight points at the half.

“We couldn’t get stops. It felt like they were hitting everything,” senior center Shaquille Morris said. “That doesn’t happen too much around here.”

In the first 13 minutes of the second half, WSU failed to close the gap.

A three-pointer and a field goal back-to-back from Morris turned the momentum in the Shockers’ favor.

Morris, who scored just five points in the first half, finished with 20.

“It was really just my teammates talking to me and just letting me know they wanted me to dominate the second half,” Morris said.

Marshall made the halftime decision to switch on every screen, which threw The Jackrabbits off.

“If they set a ball screen, we just switched it to try to get them out of rhythm on their catch and shoots,” Marshall said.

South Dakota State’s Mike Daum was an unstoppable force. The forward had 31 points and six rebounds, going 7-12  from the three.

“At the end of the day, Mike Daum is a pro,” sophomore guard Landry Shamet said. “He’s NBA bound.”

As WSU took control of the game, Daum got into foul trouble, landing him on the bench when his team needed him the most.

The Shockers took advantage of his absence, extending their lead to double digits and sealing a 10-point victory.

“When you get into those type of situations, it matters how you answer back,” Morris said. “We came back and answered.”

Junior forward Samajae Haynes-Jones was sick and did not play. His return is not set.

The Shockers hit the road to take on Oklahoma State at 3 p.m. on Saturday.