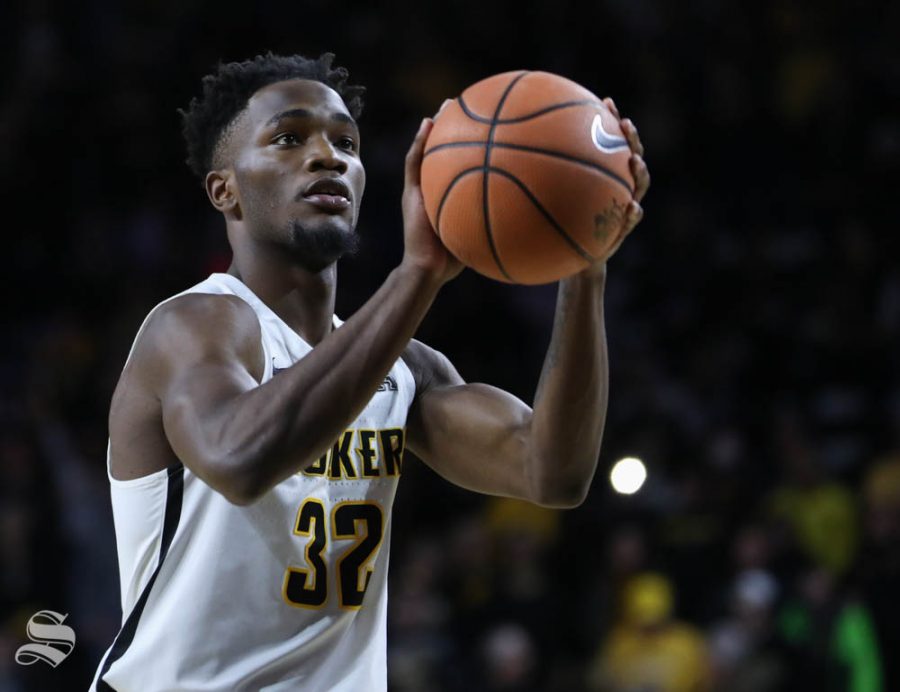 Joining the American Athletic Conference gave Wichita State a fresh start—for most teams that is.

No. 9 Wichita State and Houston are no strangers. In fact, they were rivals in the Missouri Valley Conference.

Both The Shockers and The Cougars were in The Valley from 1950-60. The rivals played a total of 21 games where Wichita State has won 14 of those.

Houston is entering the game on a four-win streak, and are 12-2 overall. The Cougars are 2-0 in The American, already winning against USF and Temple.

In the preseason selections for first team all-conference and American Player of the Year, both sophomore guard Landry Shamet and Houston’s Rob Gray were chosen.

Gray is  the conference’s leading scorer (19.0 points) and holds the spot for most points in a game this season in The American after dropping 37 against Drexel in November.

“First of all, they are very talented. They’ve got a lot of good players,” Head Coach Gregg Marshall said. “They have a guy that was all-conference last year and led the league in scoring, Rob Gray.”

Along with Gray, Houston’s Devin Davis also is a standout player. Davis averages 11.9 points per game, and averages 6.8 rebounds per game.

“They’ve got other players. Devin Davis makes every shot, and their point guard really pushes it and makes everyone better,” Marshall said. “We will have our hands full; plus they are very well-coached, obviously. They are tough. They don’t beat themselves. Good team.”

Wichita State and Houston have one of the closests scoring margins the Shockers have seen so far this season. Wichita State’s is 14.5, and Houston’s is 14.

As far as rebound margins, Wichita State sits at 11.6 and Houston comes in at 9.0.

Marshall thinks hosting new teams in Koch Arena won’t shake up the Shockers as long as the team just keeps playing their game.

“I just hope we play well enough to keep winning. I know Houston is going come in here and then after that it’s USF. Then we go on the road for two,” Marshall said. “It’s all new, these teams coming here and us playing them and going to their places.

“We’re excited about the challenge and we’ll continue to work hard every day to try to put the best product on the floor.”

Thursday’s game will also be “Stripe the Arena.” The following sections and their corresponding colors are as listed:

Wichita State hosts their second conference game on Sunday against USF. Tipoff is at 3 p.m. and will be broadcasted on CBS Sports.