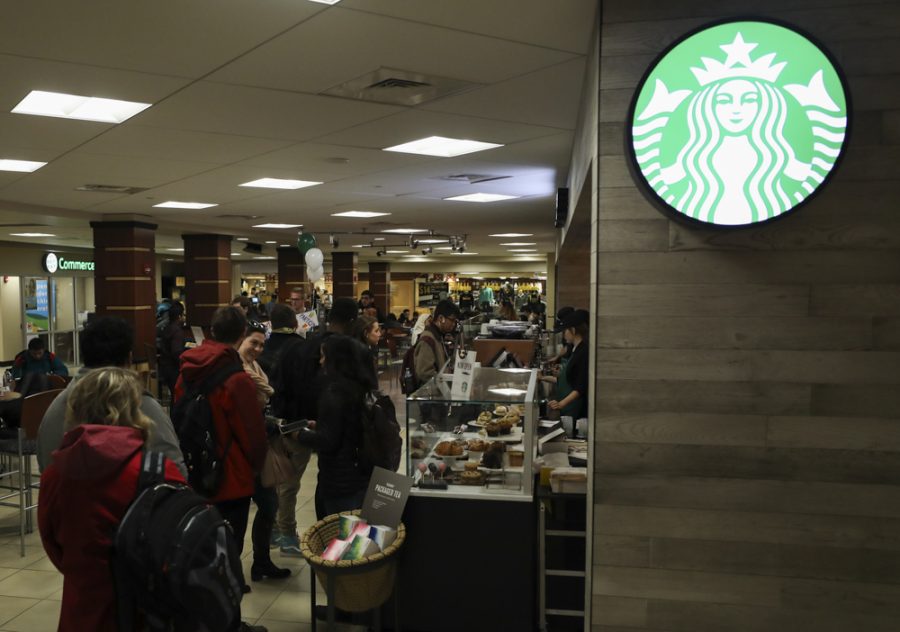 About a year after the opening of a free-standing Starbucks on Innovation Campus, a second Starbucks opened in the Rhatigan Student center.

The Starbucks replaces Fastbreak in the RSC and now offers students all of the drinks and pastries they would expect from a normal Starbucks.

For its grand opening, the Starbucks offered free drinks to the first 100 customers, and students waited in the cold outside the RSC to get theirs.

The Starbucks is offering $2 grande drinks through the 21st in celebration of its opening.

“It looks really nice and the people are super friendly,” Ellen Ediger said.

Venill Oothein said  he would visit this Starbucks more than other coffee shops on campus, despite its higher prices.

Other students praised the new location.

“I think it was a great location for this Starbucks,” said Rodrigo Marco, the first customer. Ediger agreed, saying that the location’s convenience would give her a reason to visit Starbucks more than other coffee shops.