“It was nice to get some revenge:” Wichita State bowler wins national championship 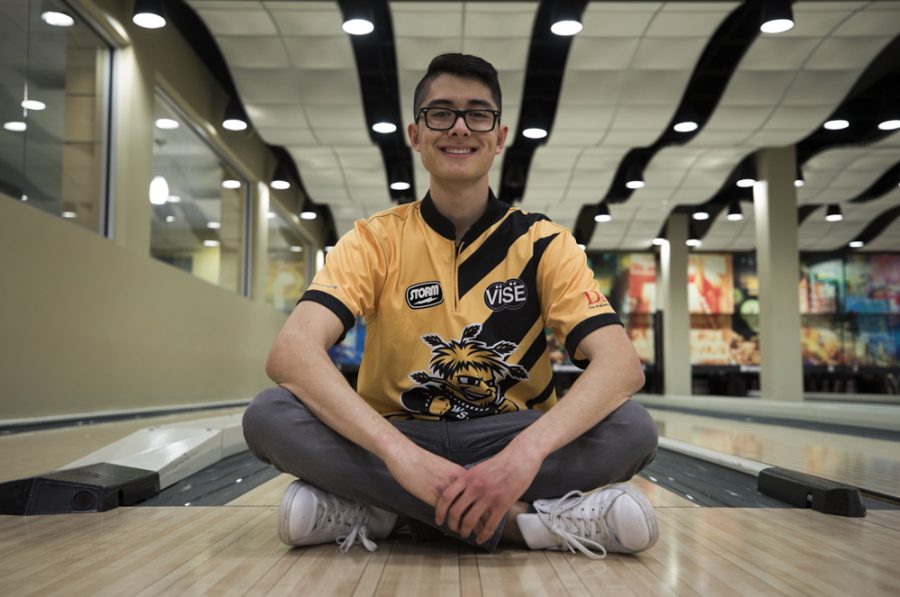 Cortez Schenck is a first year freshman on the bowling team. His favorite athlete is Tom Brady.

Wichita State bowling team member Cortez Schenck used to practice bowling so much that his thumb would rip open.

Schenck — who made the finals of the U.S. Amateur in 2017, but fell in the semifinal match — Schenck fired five consecutive strikes to start in the title match against defending U.S. Amateur champion Matt Russo.

Schenck said after winning he celebrated with his dad, girlfriend and friends. After, on the four-hour drive home to Arizona, Schenck was “in awe.”

“I’d put it as probably my best achievement.”

His best, but not his only. Schenck has played and placed in many bowling tournaments, and thinks that if people unfamiliar with the sport came to some of those, they’d see bowling more as a sport than a game.

“Most people think you just go down and get drunk and socialize,” Schenck said.

Casual bowlers don’t realize the variation in oil patterns and layouts of bowling alleys and how each one can affect a ball’s curve, Schenck said. Each round of the 2018 championship was contested on a different World Bowling Pattern, each with a different oil layout affecting the ball’s curvature.

The skill involved with curving a ball is what made Schenck fall in love with bowling. A bowling ball’s curve always reminded him of the movie “Wanted,” in which bullets are curved in slow-motion, he said.

But unlike bullets, bowling balls can actually be curved — and curving the ball is a skill that came naturally to Schenck from the first time he bowled at age 10.

After coming up short in last year’s championships, Schenck said this year’s win felt like redemption.

“It was nice to get some revenge.”