How Wichita State can clinch The American title

Wichita State can win The American if they win out. 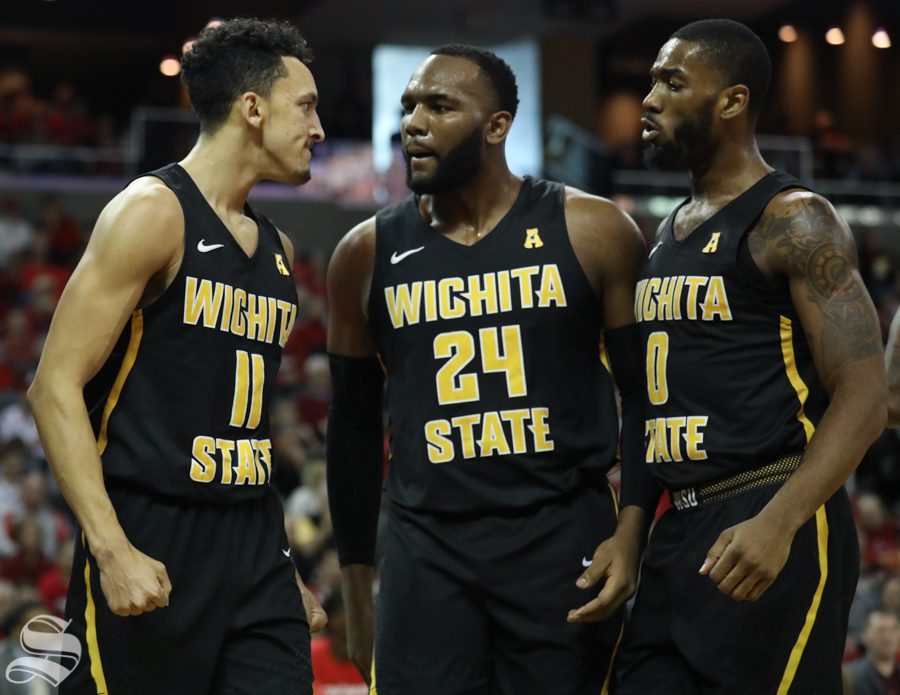 Wichita State guard Landry Shamet celebrates with Shaquille Morris and Rashard Kelly after a layup by Shamet Sunday against Cincinnati.

After topping Cincinnati on Sunday — WSU’s first victory over a top-5 team since 1964 — the Shockers now can win The American conference title should they win out.

Should Wichita State win their remaining four games — versus Tulane, at Southern Methodist, at Central Florida, versus Cincinnati — they would win at least a share of the title.

Cincinnati has a one-game lead on Wichita State after falling for the second time in one week, after Houston snapped Cincinnati’s 16-game winning streak on Wednesday.

If Cincinnati were to win all of their remaining games, minus the season-finale at Koch Arena, they would finish with a 15-3 conference record — the same record as WSU should the Shockers win out.

Cincinnati is home against Connecticut, then Tulsa, before finishing the regular-season on the road against Tulane, then WSU.

Should each of those situations happen, WSU would own the tiebreaker against Cincinnati with a 2-0 record. The Shockers would enter the AAC conference tournament with the No. 1 overall seed.

Houston also has the potential to win the conference title, and should WSU and Houston each win out, it could set up a three-way tie for first place.

Houston — at Memphis, versus East Carolina, at Southern Methodist, versus Connecticut — would earn a share of the title if they were to win out.

If there were a three-way tie with 15-3 conference records, WSU’s and Houston’s records would be broken down by metrics for tiebreakers to decide the top seed in the conference tournament, as the two teams split their series, and share similar records.

WSU finished one vote behind Cincinnati in the AAC’s preseason conference standings, decided on by AAC coaches.