Marshallville's annual campout could be in jeopardy because of a decision made by the athletic department. 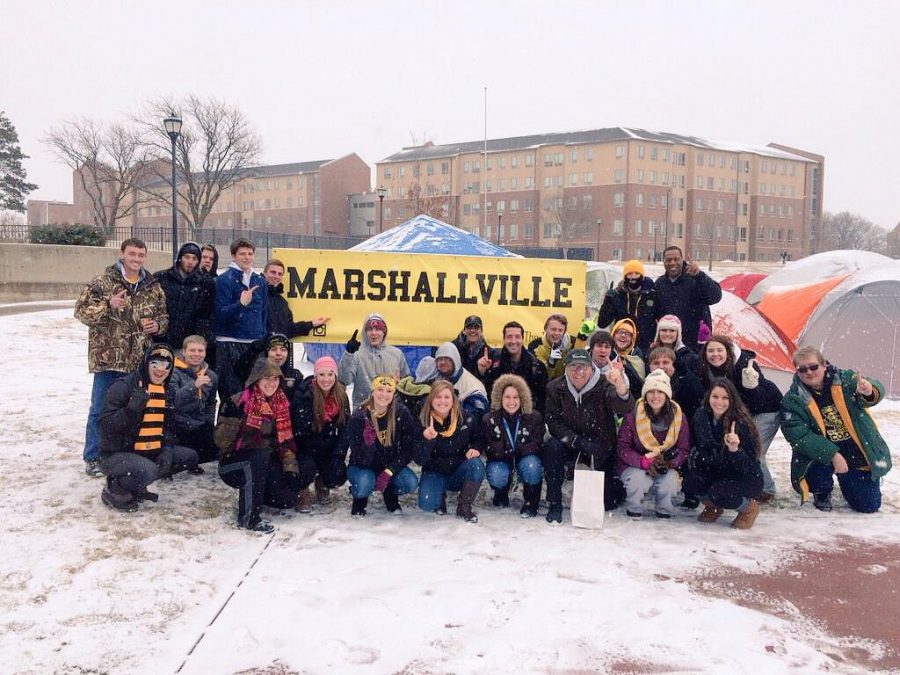 Marshallville's annual campout could be in jeopardy because of a new card system.

I’ve been told time and time again college is the best years of your life.

College is the time when you’re supposed to experience new things and have fun. On its own, college isn’t inherently fun unless you get out and push yourself to experience the once-in-a-lifetime moments you can only do in your 20s.

I’ll admit, I haven’t exactly experienced all of the fun moments in college. I attended community college for two years where the “experience” of college was a distant reality. Now, as a fifth-year college student, I’m at a point where I want to be involved all of the fun, one-of-a-kind college experiences.

One of these can’t miss experiences I’ve been looking forward to is in jeopardy of losing its significance.

Marshallville, a WSU student organization, is currently putting together plans for their fifth-annual campout. As per tradition, students in Marshallville arrange a campout — welcome to all students — for the last game of the year.

Campouts usually last three days. In the bitter cold, snow, and bundled up in sleeping bags, students in Marshallville have been in the field for four seasons.

During the season, Marshallville holds clothing donations for kids. Marshallville caps off the end of the basketball season for 20 to 60 basketball-loving students. Gregg Marshall usually comes out to visit with campers, oftentimes bearing food.

At the end of the Marshallville campout, students pack up their tents and line the front rows of the final game. Now, because of a new system implemented by the athletic department, the campout Marshallville members have been planning for weeks could be all for nothing.

At the start of the men’s basketball season in November, the athletic department introduced a line of Black Cards. The cards represent a reserved space in the first few rows of the student section.

The Black Card system was developed with the intent to increase student attendance at WSU sporting events, like women’s basketball, that oftentimes don’t get the same student attendance numbers. That’s largely the reason the athletic department is considering rewarding students who show their support to the women on Saturday.

If the athletic department distributes the Black Cards on either Wednesday or Saturday, the necessity of the campout will be expensed.

Camping out is an experience all students should be able to experience.

This year marks the first year of WSU’s inaugural season in the American Athletic Conference, and on March 4, WSU can potentially compete for a share of the title. The fifth year of the campout would mark a lot of things, but backing out of a promise would inherently compromise the integrity of the student group and make weeks of work for the annual campout all for nothing.

College is a time when you’re supposed to have fun and have the best experiences of your life. This move by the athletic department could impede on student participation in a one-of-a-kind college experience.