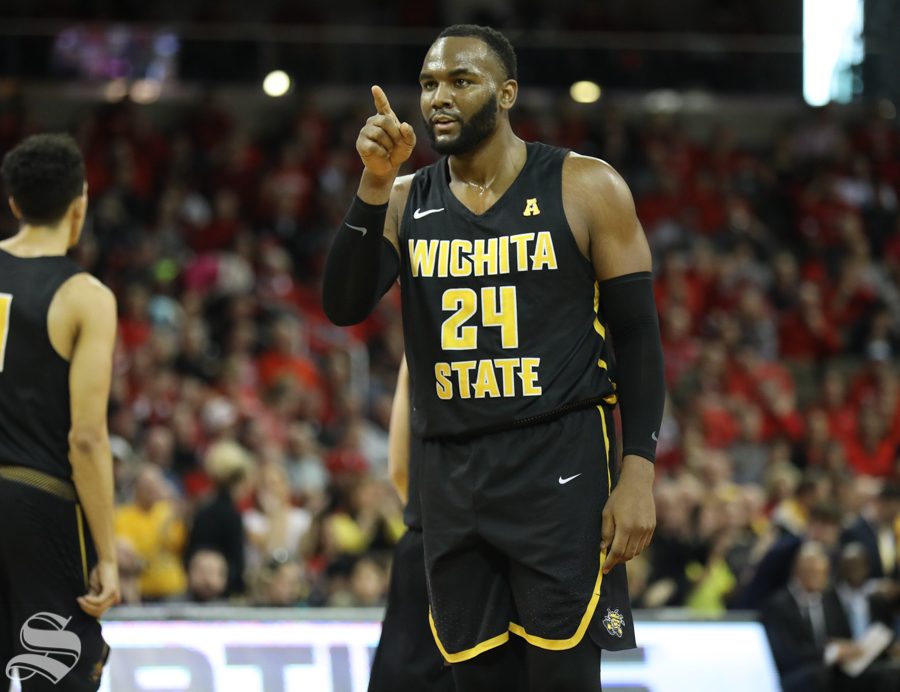 Wichita State center Shaquille Morris points at the rim after a foul Sunday against Cincinnati.

Wichita State’s quest for the top spot in the American Athletic Conference just got a little easier.

There will no longer be a three-way tie for first place in the AAC, should Cincinnati and WSU and Houston each win out.

If Cincinnati and WSU each win the next two games, they’ll compete for the American title on March 4 at Koch Arena. Should WSU win that game, they’d tie Cincinnati with a 15-3 conference record; WSU would claim the top spot in the American owning the tie-breaker, a 2-0 record against the Bearcats.

Cincinnati was projected the preseason favorite to win the American by AAC coaches by a single vote.

The top four finishers in the AAC earn a bye in the first day of the conference tournament in Orlando.