VanVleet possibly under federal investigation for receiving money while at WSU 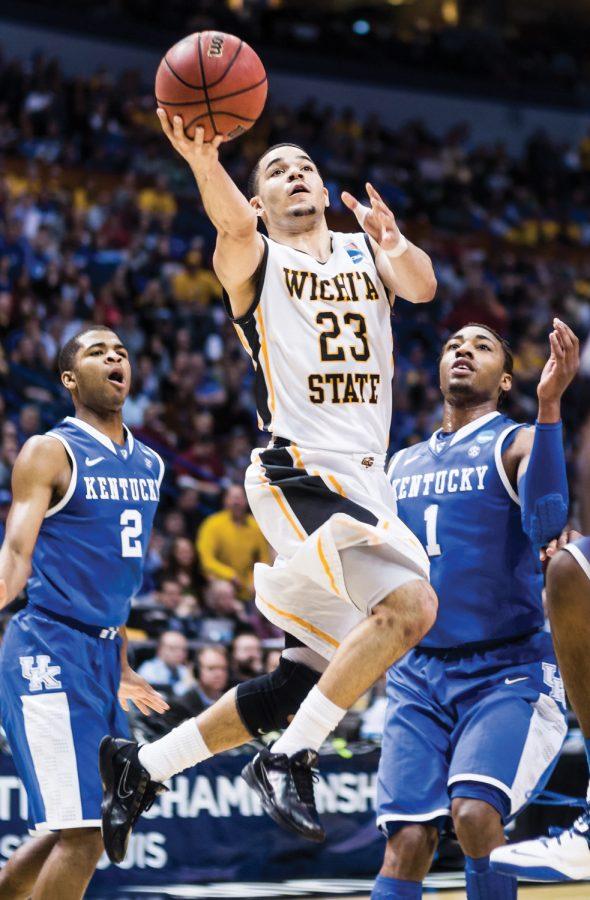 Former Shocker Fred VanVleet soars through the air during the Wichita State vs Kentucky game.

Former Wichita State basketball star Fred VanVleet may be under federal investigation for receiving illicit payment from a sports agency while playing for WSU.

More than 20 universities and players are mentioned in documents seized by federal agents from former NBA agent Andy Miller and his former associate Christian Dawkins relating to their sports agency, ASM Sports, according to a Yahoo! Sports story.

VanVleet was named Missouri Valley Conference Player of the Year twice during his time with the Shockers, in 2014 and 2016.

VanVleet currently plays in the NBA for the Toronto Raptors.

A statement from WSU Director of Athletics Darron Boatright was released Friday afternoon, stating that the athletics department has no knowledge of the alleged payment described in the Yahoo! story.

“We are dedicated to conducting all aspects of Wichita State’s intercollegiate athletic programs with integrity and in full compliance with NCAA and American Athletic Conference rules,” the statement reads.

“We will fully cooperate with any formal inquiries from NCAA or legal authorities regarding this matter.”