Experts comment on closed door student fee deliberations: ‘I think they did the wrong thing’ 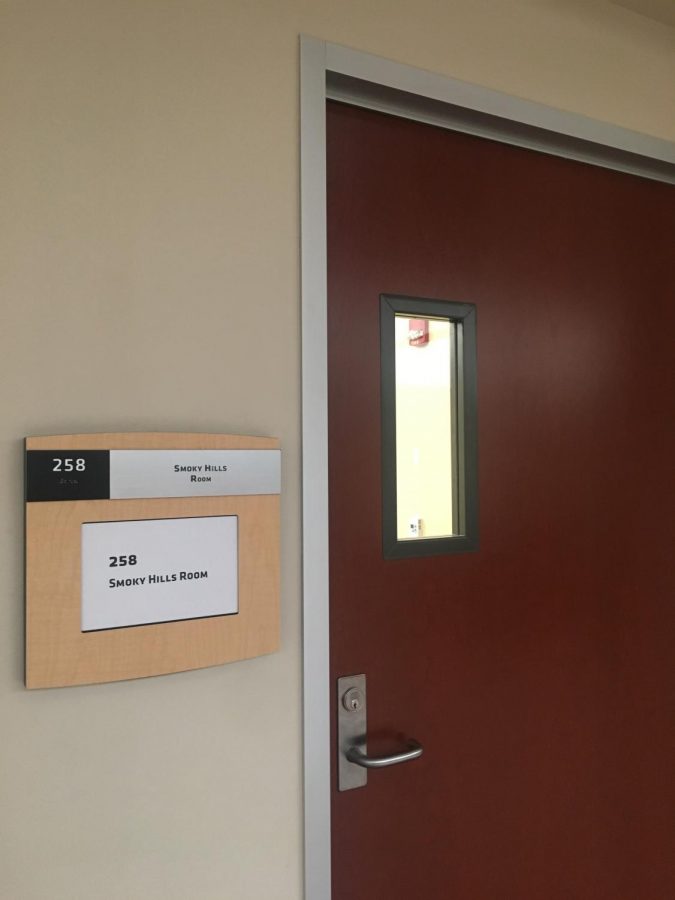 The committee formed to deliberate how Wichita State will spend $9.53 to $9.82 million in student fees closed the door on reporters Friday, claiming the meeting was not subject open meetings laws that require public business to be discussed in public and not behind closed doors.

The Sunflower presented its student fees request to the student fees committee Friday morning from about 11 a.m. to 11:45 a.m. At noon, the committee was supposed to begin deliberations on the Educational Opportunity Fund and Student Service Fees recommendations it would give to student government, who would then vote on the budget. That’s when Teri Hall, Wichita State’s vice president for student affairs, closed the doors to reporters and the public.

“These deliberations have always been closed,” Hall told reporters from The Wichita Eagle and The Sunflower when they tried to re-enter the meeting room for deliberations.

Wichita Eagle reporter Suzanne Tobias asked for a specific reason for closing the meeting, and Hall said the committee would consult with its attorney before making a decision. She then closed the door. Minutes later, the students on the committee walked out of the meeting room and exited the RSC. They would not respond to The Sunflower’s questions as they walked away.

About 20 minutes after leaving the RSC, the students returned. Hungate approached reporters and said the meeting would be closed “according to discussions with people.”

Asked to elaborate, she said she and the other students had consulted with “the general counsel’s office” who advised her it was “a student government decision.”

Hungate said she was advised that “student fees aren’t public funds, and that SGA is not a state agency.”

Student fees are collected by the Wichita State and mandatory for students taking classes at the university. Wichita State is a state institution, governed by the Kansas Board of Regents.

“In our discussions, we’re not a public agency, so we’re not bound to KOMA,” Hungate said, referring to the Kansas Open Meetings Act. “So we’re having it be closed, but we invite you to be there next Wednesday at 6:30 p.m.”

That’s when the student senate will debate non-fixed-line items on the fees budget.

That vote will be a recommendation to Wichita State President John Bardo, who then must decide whether to present the proposed budget to the Kansas Board of Regents for approval.

“I’m not trying to have a discussion about this right now,” Hungate said to Tobias after being asked why Hungate thought the meeting should be closed. “I’m just trying to tell you what our decision has been made by student government association.”

According to the Kansas Open Meetings Act, meetings that are not required to be open to the public can still be open — at the discretion of the board holding the meeting.

Asked again why she thought the meeting should be closed, Hungate said, “it’s not an opinion; it’s just the legality,” as she walked back to the meeting room.

At that point, Hall stepped in to answer questions from reporters.

“We’ve delayed an hour at this point in time,” Hall said, “and we need to make some decisions. So, if you’d like to come to SGA next week, you’re welcome.”

‘I think they did the wrong thing’

Patricia Dooley, the Oliver and Better Elliott Distinguished Professor of Communication at WSU, who teaches communication law — including open meetings and open records — and is a member of the Sunshine Coalition for Open Government, a board that promotes awareness of open and transparent government in Kansas, said WSU’s decision to close the fees deliberations “makes no sense whatsoever.”

“I think they did the wrong thing,” Dooley said. “Unless they’re discussing something that’s exempt, it’s my understanding that they are not exempt, unless they’re talking about something like personnel.”

Dooley said SGA operates in a sort of gray area of the open meetings law in Kansas, but said that’s all the more reason it should operate in the open.

“The university or any organization that works on behalf of students should bend over backwards to not remain in the dark, and the only way they can do that is by keeping meetings open,” Dooley said.

“Otherwise, there would be no trust. And without trust, if we cannot trust public agencies, we will not ever more forward together in a positive way,” Dooley said.

“If students are banned from meetings that should be open, that will erode the ability of students to work together in a positive way with student leaders or university leaders.”

Ron Kopita, who served as the Vice President of Campus Life and University Relations from 1999 to 2009, said student fees committee deliberations were never controversial in his 10 years at WSU.

“I’m just dumbfounded, frankly, at the amount of controversy surrounding what’s going on with student fees. That didn’t compute during my time there as a vice president,” Kopita said.

Kopita, who retired after 43 years in higher education in 2009, said that during his time at Wichita State the student fees deliberations were always open to the public, including The Sunflower.

“I do recall The Sunflower being there and I don’t recall ever telling anyone that they had to leave,” Kopita said in a phone interview Sunday. “We never did that.”

Kopita was the chair of the student fees committee. H said his goal on the committee was simple — to come up with a fee structure each year “that supported students, that didn’t break the bank and was non-controversial when it reached the president’s desk.”

“I think the student newspaper is extraordinarily important — not because of my own personal view, but because it’s the voice of the students,” Kopita said.

Kopita said during his time at WSU — “and I want to underscore this” — that then-President Donald Beggs “set the stage” for a student-oriented student fees meeting.

“He (Beggs) was very student oriented,” Kopita said. “He set the tone for the entire university.”

Kopita said he didn’t know much about the current climate at WSU, but he has fond memories of his time in Wichita and of the student newspaper.

“I remember early on in my time there, there were some issues about articles The Sunflower was writing that they (SGA) didn’t like, and the subject of funding came up. I made it clear that not funding a newspaper because of the articles you didn’t like was really a violation of First Amendment rights.

“And they backed away — because students are smart, and they understand that,” Kopita said.