Wichita State is selected for its highest seeding in the NCAA Tournament since 2014. 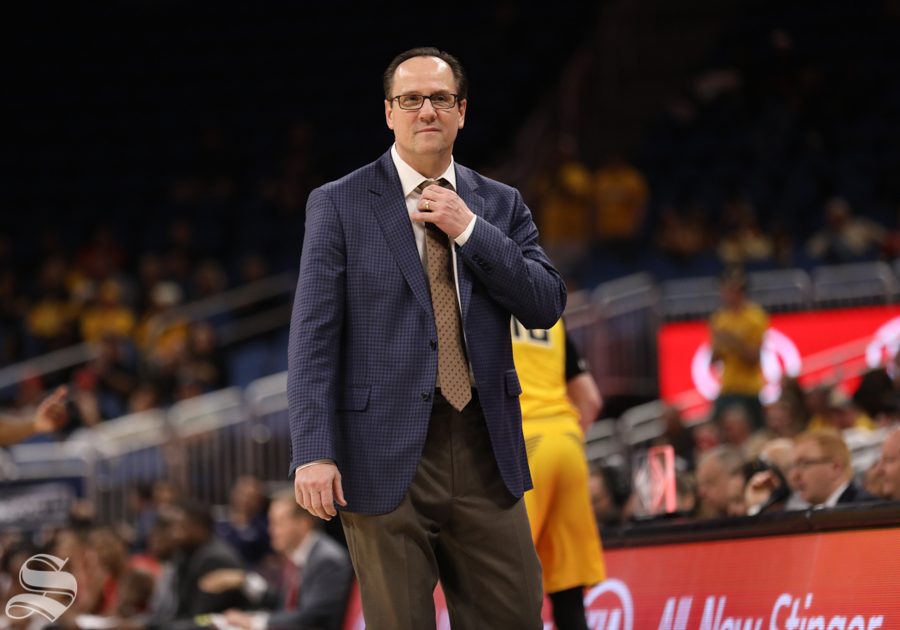 Wichita State will play in the East region of the NCAA Tournament. The Shockers are the No. 4 seed in the region — their highest selection since receiving a No. 1 seed in 2014.

The Shockers will play No. 13 seed Marshall on Friday in San Diego, California. The game will be broadcasted at 12:30 p.m. (CST) Friday on TNT.

Marshall is in the NCAA Tournament for the first time since 1988. WSU head coach Gregg Marshall worked as an assistant at Marshall for two years following eight seasons at the College of Charleston. He joined Winthrop as the team’s head coach following his two seasons with the Thundering Herd.

Marshall claimed an automatic bid after winning the Conference USA tournament, upsetting Western Kentucky 67-66 in the championship game. They finished with a 24-10 record against the 184th-best strength of schedule.

Should WSU win, they’ll face the winner of No. 5 seed West Virginia/No. 12 seed Murray State. Villanova is the No. 1 seed in the East region. Should the Shockers advance to the Sweet 16, they’d play the semifinals of the East region in Boston.

Marshall said Saturday he would like to be “positively surprised one year” after the Shockers took an early exit in the semifinals of the American Athletic Conference Tournament.

In 2016, the Shockers entered the tournament as one of the last at-large teams, selected to play 11-seeded Vanderbilt in the play-in games in Dayton, Ohio. In 2017 Marshall’s 30-win Shockers earned an automatic bid into the tournament after winning the Missouri Valley Conference Tournament, but fell to a No. 10 seed.

In 1997, four-seed Arizona became the first team in the 64-team format to defeat three No. 1 seeds — Kansas, Kentucky and North Carolina — en route to the national title.