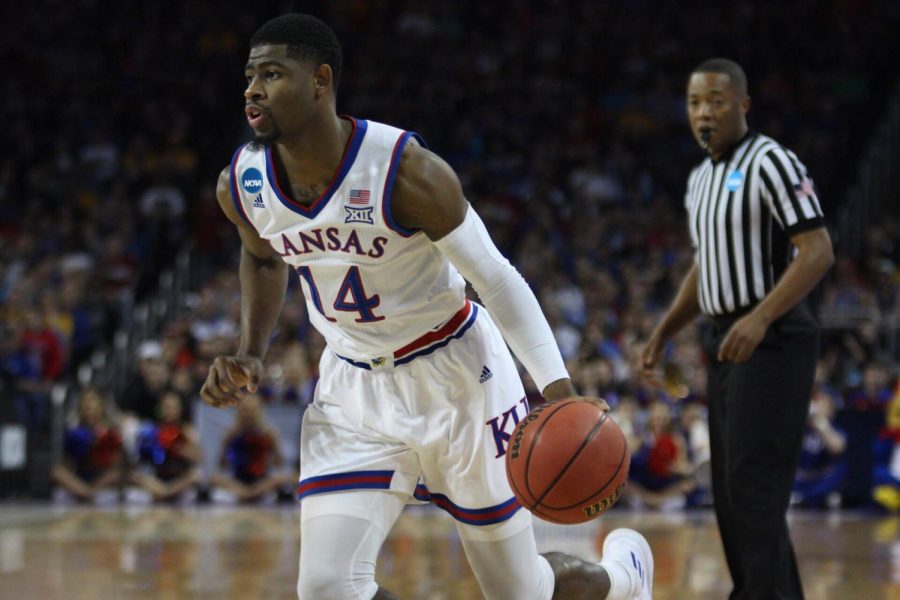 Kansas guard Malik Newman drives to the basket. The Jayhawks defeated No. 16 Penn in the opening round of the NCAA Tournament at INTRUST Bank Arena in Wichita.

WICHITA — No. 1 seeded Kansas rallied back from a 10-point first half deficit to beat No. 16 Pennsylvania in the opening round of the NCAA Tournament.

Kansas point guard Devonte’ Graham led all scorers with 29 (14 first half). Graham shot 38 percent from the field on 24 attempts, and scored eight points from the free throw line.

Read the game recap and watch video of Kansas Coach Bill Self.

Kansas trailed the majority of the first half; the Jayhawks struggled from three shooting 12.5 percent on their first 8 attempts from deep.

“The way they played, it’s hard to guard — they shoot the ball so fast,” Graham said. “They we’re better than a sixteen seed.”

Penn shot 39 percent from the field on 56 attempts.

“They were even better than I thought they’d be,” Self said. Self said without starting center Udoka Azubuike available at full health, he thought his team resembled more like a three-seed comparatively to the No. 1 seed the Jayhawks are in the tournament. He said Penn looked more like a strong 14-seed, by his accounts.