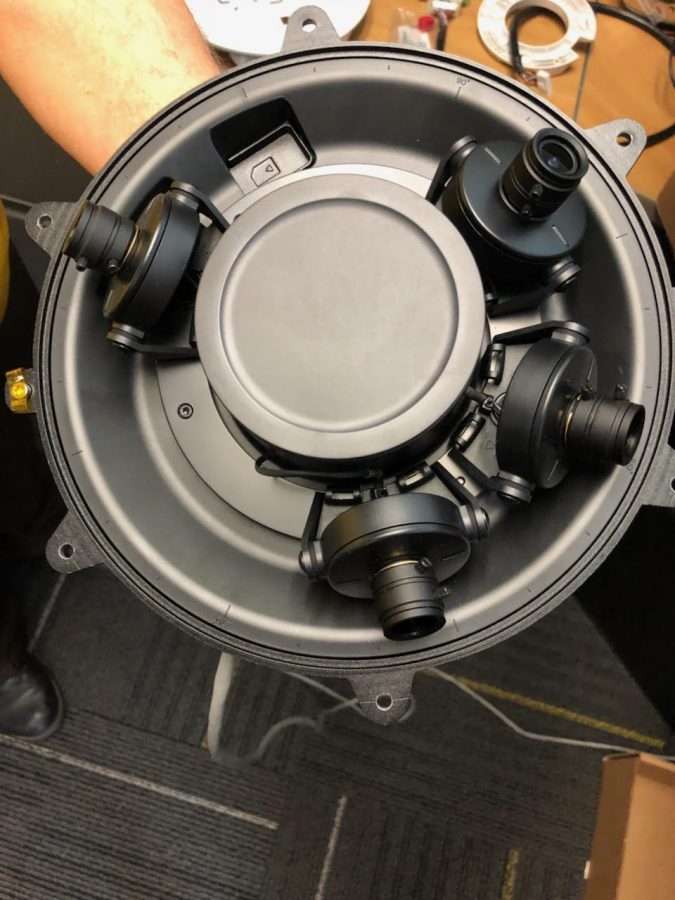 The 360-degree security cameras include four 90-degree cameras that can point in different directions.

Thirty 360-degree security cameras will be installed on Wichita State’s campus by the end of the summer, Student Body President Paige Hungate announced to the Student Senate.

Hungate said Wednesday evening that two of those cameras would be installed by the end of this month, with the other 28 being installed all over WSU’s campus by the end of the summer. The cameras will be located on the blue emergency light poles scattered across campus.

Currently, there are no such security cameras on the emergency light poles.

Hungate said the cameras, which will be monitored by university police, would not be watched unless the emergency button is pushed.

“They’ll only be looked at if something happens,” Hungate said.

“So somebody’s not going to be always sitting and watching the cameras. But if somebody presses the blue light button and it calls the police station, then the police can then look at the camera and look at who’s there and what’s happening in the situation,” Hungate said.

In February, student government ended the Collegiate Readership Program, which made local and national newspapers available for free on campus. Hungate said the money that funded the newspaper program would go to pay for the installation of the 30 security cameras.

The Collegiate Readership Program, which was funded by $62,500 in student fees, provided free copies of the Wichita Eagle, USA Today, and the New York Times to Wichita State students. The decision did not affect The Sunflower, which has its own, separate newsstands and delivery system.

Hungate said in February that $46,000 of the money that once funded the newspaper program would go towards installing the security cameras.