Corrigan: What’s in a name? 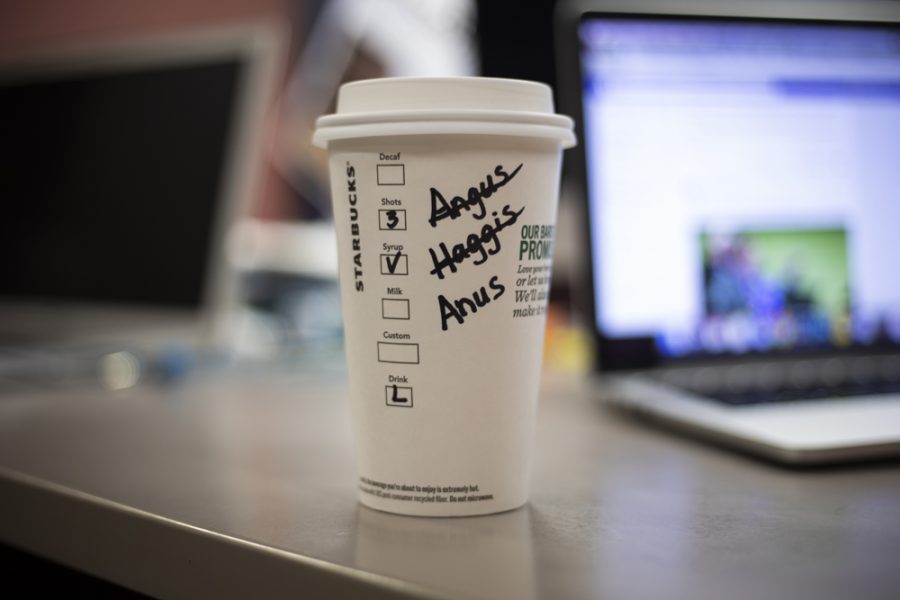 I have a weird name. I know it. The median age of the Agnes’s is approximately 83.

The weirdness of my name is most apparent when I’m at coffee shops and the barista asks my name for my order. I’ve gotten some pretty interesting spellings. “Anus” was an all-time low. “Haggis” was my personal favorite. Haggis is a Scottish dish consisting of oatmeal cooked with other meats INSIDE OF A SHEEP’S STOMACH. I’m not sure that I want to be known as a dish cooked in a stomach. “Angus” is also quite common. I’ll take it. People generally like hamburgers.

I’m partly to blame for all of the confusion. I realized recently, after twenty-two years of life, that I’ve been pronouncing my name all wrong. I’ve been pronouncing it as “Ag-nis” instead of “Ag-nes.” So, I’ve been enthralled in a bit of an identity crisis considering I’ve botched the pronunciation of pretty much the first thing that gave me an identity. In case you ever feel like you’re messing everything up in your life, take heart in knowing that at least you can pronounce your own name correctly.

I decided to test the theory that your name makes you, you. Now, do I share lots of qualities with elderly, grandma-esque ladies? You bet. Slippers are my chosen shoe, I knit, I read loads, and I love butterscotch, but is this because I was named Agnes instead of Ashley?

I went to Panera with a sense of purpose. When they asked for my name, I proudly answered Ashley. There was no, “can you spell that for me?” No. I was utter confidence. I felt peppy and bubbly, like how I imagine most Ashley’s always feel. As I went up to grab my salad that I wished was a sandwich, the cook said, “Have a great day, Ashley.” I smiled at him, thanked him, and felt dirty. I definitely wasn’t an Ashley, no matter how badly I wanted to be. It just didn’t feel right.

I went to Mead’s to test my theory again. I ordered my Americano and when they asked for my name I blurted, “Jennifer.” I’ve always wanted to be a Jennifer. Maybe because Jennifer Anniston has the hair I’ve always dreamed of having. They called Jennifer twice before I realized they were calling me. Bad sign. I walked up channeling my inner Jennifer Anniston, but my cool beach girl vibe dissipated as I tripped, spilling half of my coffee onto the floor.

So, I’m an Agnes. I’m not as bubbly as an Ashley, or as laidback and cool as a Jennifer. There is never going to be a souvenir shop that has a keychain with my name on it. I’m caught somewhere between a dish cooked in a sheep’s stomach, and a type of beef patty, but maybe that’s just exactly who I am.