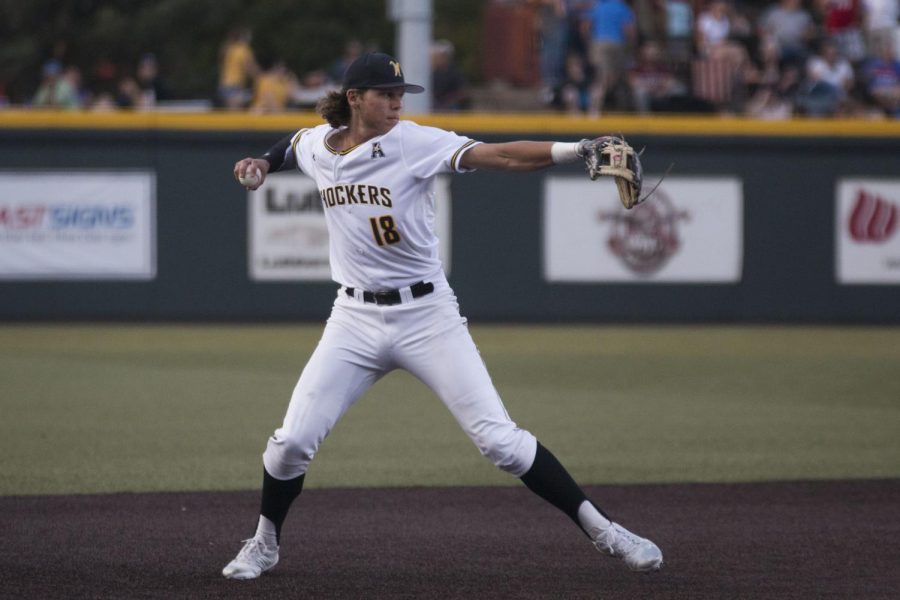 Wichita State junior Alec Bohm throws to first for an out against USF Friday evening at Eck Stadium.

Fresh out of high school, Alec Bohm entered the MLB Draft in 2015. He was not selected.

Bohm, who just completed his junior year as Wichita State’s third baseman, was selected Monday by the Philadelphia Phillies with the third overall pick of the 2018 MLB Draft.

Bohm became the 15th Shocker to be drafted in the first round. He also made American Athletic Conference history, becoming the conference’s highest-ever draft pick.

Bohm was named a second-team All-American by Baseball America, and was a semifinalist for the Golden Spikes Award and the Dick Howser Trophy in his junior campaign.

Junior first baseman Greyson Jenista got drafted in the second round as the 49th overall pick by the Atlanta Braves.