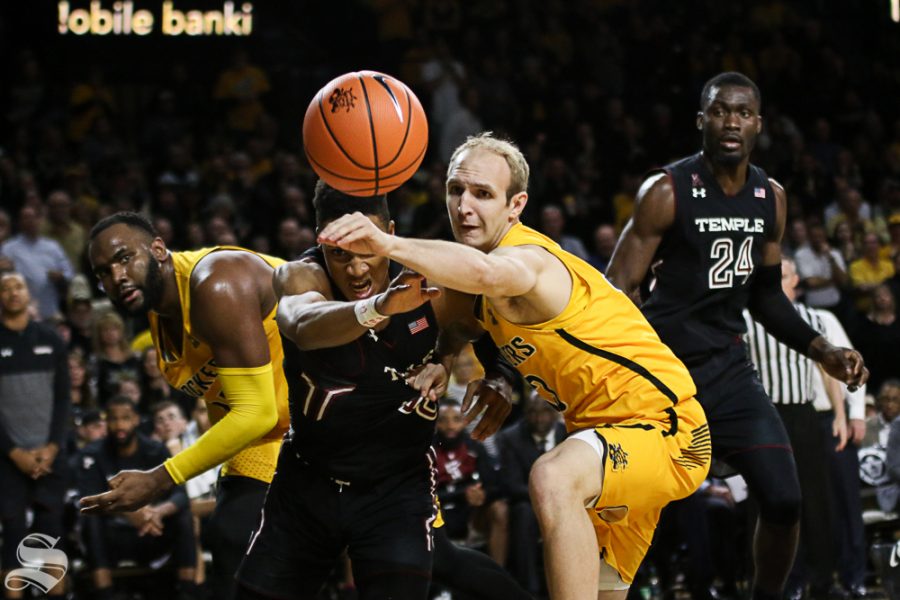 Wichita State guard Conner Frankamp and Temple guard Nate Pierre-Louis hustle for a rebound during the second half at Koch Arena.

Frankamp signed a contract with BC Beroe, a Bulgarian professional basketball club based in Stara Zagor, as first reported by Orazio Cauchi of Sportnado.

Frankamp played for Wichita North and is the City League’s all-time leading scorer. He averaged 10.6 points and 2.3 assists per game at WSU his senior year. He was a career 39-percent three-point shooter with WSU.