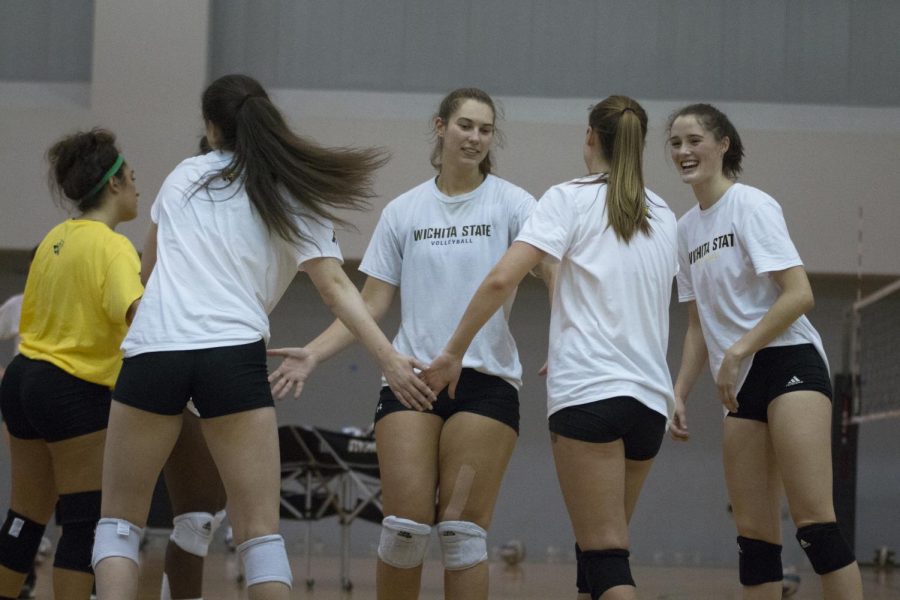 Wichita State volleyball returns to action Friday when they enter a three-game road stretch to open its season.

They’ll travel to the East Coast to face James Madison before then traveling to Howard and Virginia Commonwealth on Monday.

Senior outside-hitter Tabitha Brown is expected to fill the voids left by graduated seniors Abbie Lehman, Mikaela Raudsepp, and Emily Hiebert — key pieces of a team that went 20-0 in the American Athletic Conference and led WSU to host its first NCAA Tournament game in school history. Brown is one of just two seniors on the team.

Brown finished her junior season with 385 kills, second only behind Lehman. Brown was named a unanimous selection the AAC’s Preseason All-Conference Team.

Against James Madison, Brown will compete with junior outside-hitter Bryn Recker. Recker led her team with 366 kills, an average of 3.42 kills per set. Brown averaged 3.47 kills per set.

James Madison finished 23-6 last season. They appeared in their consecutive NCAA Tournaments after capturing Colonial Athletic Association titles in each of the last two seasons. They exited the first round of the NCAA Tournament to Colorado, who three sets to zero.