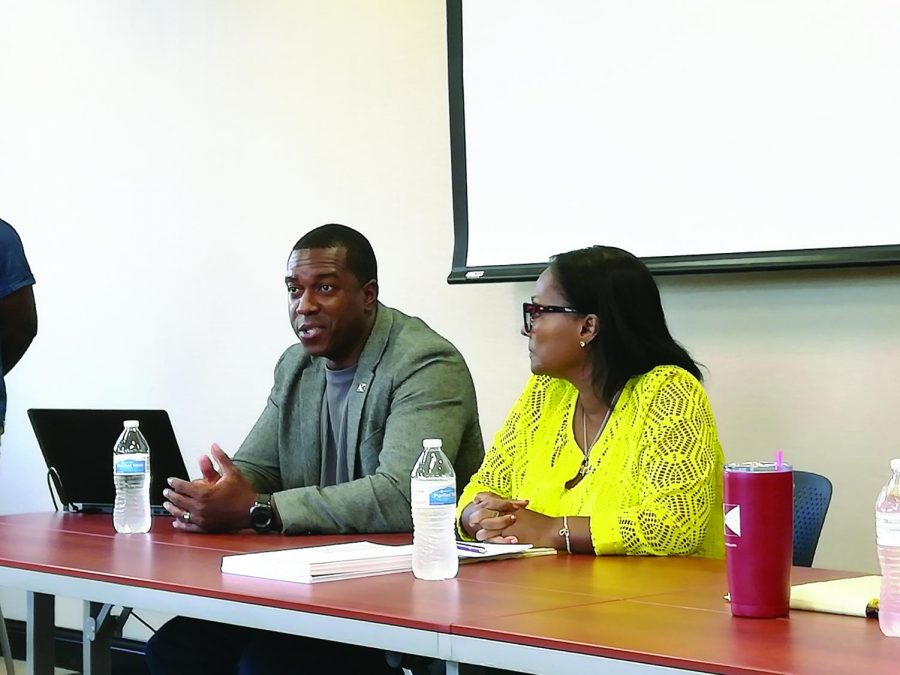 Representatives from the ICT Black Progressive Caucus took a stand justice issues in the “Blast From the Past and a Look Into the Future” panel organized and hosted by Wichita State’s Black Student Union on campus Monday.

Each panel member, while united in general political ambition, brought a strong sense of personal identity to the table. Faust Goudeau cited her mother’s deathbed wish for social and economic justice as the inspiration behind her continued political work.

She said it has driven her to success, even though she is vastly outnumbered both politically and demographically in the senate. Such conditions, the panelists agreed, make it difficult for the representatives to establish legislation in line with their district’s view on issues such as women’s reproductive rights.

As a result, she said such representatives’ agendas are met with great resistance. Despite her work, Faust Goudeau remarked “Every year, women’s rights are chipped away.”

Despite the acknowledgement of obstacles, the mood in the discussion room was one of hope. The panel cited student’s organization and attendance of such political events as a catalyst for positive political change. Several members either have or are working to establish internships open to WSU students, and all repeatedly encouraged students to get involved in the political process.

Moreover, the panelists asserted their lasting commitment to improve Wichita for not only their constituents, but for their communities.

Lavonta Williams, who retired from her position on the City Council, responded to a question about a run for mayoral office with “I never say never.”

Williams said she felt a deep duty to her community, and that, if the opportunity came to help, she would take it.