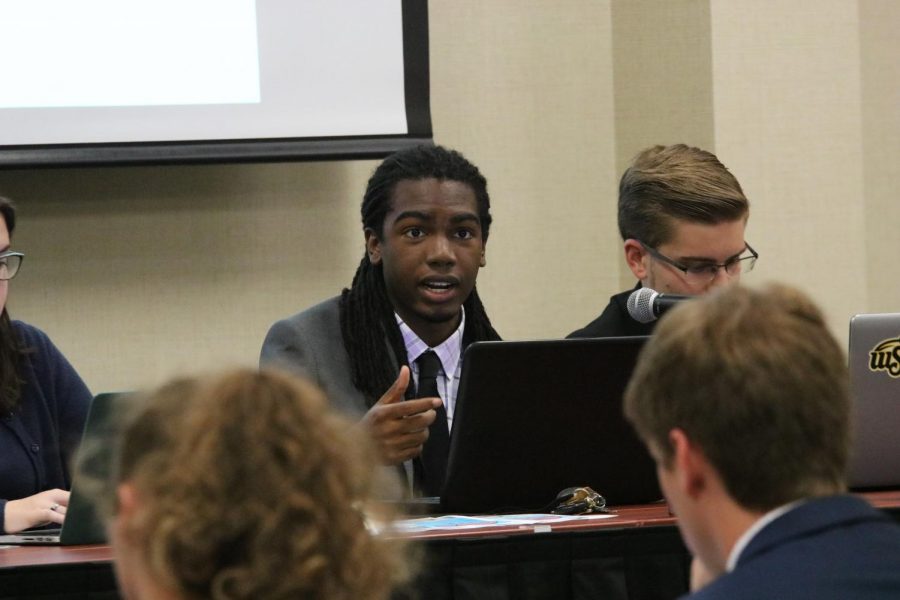 Student Government Association introduced a bill Wednesday that would increase the number of seats on the Educational Opportunity Fund (EOF) and Student Fees Committees.

These two committees are in charge of the distribution of student fees. The EOF is primarily used to fund applied learning opportunities for students.

“With Student Fees and EOF, we got a lot of complaints last year that the committees were too ‘cabinet-centric,’” said Shelby Rowell, student body vice president and author of the legislation. “So we wanted to make sure they were student-centric.”

The bill states that the president shall make a “good faith effort” to appoint at least one graduate student to both committees.

“Graduate students pay one fifth of all of our student fees, so we thought representation was important,” Rowell said. “This summer, we had a lot of conversations about how we can make graduate students feel more welcome in the association.”

“This is just one of the measures that we’re looking at changing.”

If no graduate students apply, Rowell said that undergraduates could fill the positions.

“Who exactly has the authority to define what a ‘good faith effort’ is?” Applied Studies Senator Isaac Rivera asked.

“Anybody,” Student Body President Kenon Brinkley said. “If a senator or even a student sees that that ‘good faith effort’ is not being made, they can bring that to the Senate Review Board, or directly to the senate.”

The Student Senate will vote on the bill at the next SGA meeting at 6:30 p.m. Wednesday.

Eugene Potts, who served as a student senator last school year, was appointed to the position of returning adult senator.
SGA is still seeking Supreme Court applicants.
Business senator Anisia Brumley was appointed chair of the Diversity Task Force Committee. Brumley served in this position last school year.
Fine Arts Senator Haley Ensz was appointed safety and student services chair.
The senate passed minor amendments to the Legislative Journal, which will be voted on for final approval by the student body in the spring 2019 election.